For those of us who used to pump quarters into the old 8-bit arcade games, the premise is certainly intriguing.  The games we used to play, the space invaders we used to battle, coming to earth and challenging us in a fight for all humanity.  The original youtube short this film was based on was fun.(Check it out! https://youtu.be/ou8vRWTSsJo)  But just like some of the best SNL sketches, the charm fades when stretched out to feature length, especially when producer/actor Adam Sandler is involved.

A charming 80s opening complete with 8-bit credits, and a short cameo by Dan Aykroyd breathes hope into the audience,but sadly this breath quickly becomes a sigh as we are subjected to the typical “I’m a loser, and stupid, but also smart and sensitive” Sandler character, this time named “Brenner.”  At one time the runner up video game champion, Brenner is now a profession nerd who installs home entertainment systems.  As fate would have it, the beautiful, vulnerable, recently single woman he services the day of the invasion, Violet (Michelle Monaghan), also happens to work in a top secret government defense department, and together, with the help of a few sidekicks, will save the world!  Cue lousy dialogue, an annoying romantic subplot, cool 3D graphics, and there’s the entire movie.

Well, almost.  There are three elements that make “Pixels” quite enjoyable at times.  Josh Gad, Peter Dinklage, and the main video game battles.  Both Ludlow (Josh Gad) and Eddie (Peter Dinklage) are characters that Brenner apparently only spent a few hours with back in the 1982 video game championships, but they are essential to saving the world, and saving this movie.  They are the only two characters in the film not grounded by “reality” and allowed to be ridiculously over the top. Gad and Dinklage milk their characters for everything it’s worth and become the highlight of the story.  Eddie’s list of demands scene still has us snickering days later.  When the handful of boss battles arrive, they are also quite entertaining, but it’s not enough to carry the entire film.

“Pixels” is the perfect rental flick.  You could get up, grab a drink and make some popcorn during the daft sequences, but then quickly run back for the clever/funny parts. It’s just not quite worth the quarters to see it in the theatre.

Note: While product placement is a scourge to current films, there’s something to be said about a movie that features cameos by both Dan Aykroyd AND his Crystal Skull Vodka.

Under Further Review: An In-Depth Look at ANT-MAN 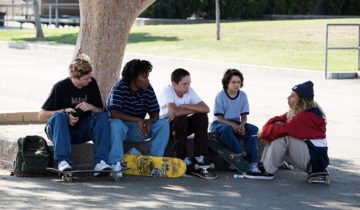