Imagine Rocky, in any of his six films, as an incredibly unlikable character, and you have a quick idea of what to expect from “Southpaw.”

Director Antoine Fuqua has made a number of thrilling films.  Regardless of how good or bad they may have been, “The Replacement Killers”, “Training Day”, and “The Equalizer” were entertaining and had moments that kept you on the edge of your seat.  The problem with “Southpaw” is, that outside of a few key scenes, and a training music montage set to an Eminem track, the film is incredible predictable.

Considering it is shown in the trailer, and listed in the synopsis, it shouldn’t be a spoiler to know the film deals with boxer Billy Hope (Jake Gyllenhaal) coping with the death of his wife, Maureen (Rachel McAdams), and loss of his daughter Leila (Oona Laurence) to child protective services.  Most of this occurs around the 1/3 point in the movie.  What do you think happens in the latter 2/3rds?  Billy overcomes his anger issues? (check) Billy gets back into training and picks up patience and skills than he never possessed before? (check)  He will win both the respect of others and the custody of his daughter back?  (check)  We’ll leave it to you to see what happens in the final fight scene.  If you believe these are spoilers that shouldn’t have been included in a review, ponder for a moment on what the story would be if none of these items happened?

Perhaps the biggest problem with “Southpaw” is it could be shown in film classes as “How to Emotionally Manipulate Your Audience 101.”  Everything negative that happens in Billy’s life is a -direct- result of his own poor choices.  It’s not just that he makes bad decisions, but he is an ungrateful jerk that has a negative impact on everyone that cares about him.  But the film instructs us to empathize with him and his situation by cueing piano chords at the appropriate moments when we are supposed to feel something.  Characters occasionally behave in ways that don’t follow logic, but instead will hopefully inflame tear ducts. (“I hate you daddy” tirades from a previously overly insightful little girl and random self-pity musings by grown men.)

“Southpaw” isn’t a total waste though.  Jake Gyllenhaal’s performance is exceptional, even though he’s playing a completely unlikable character.  Rachel McAdams and Forest Whitaker are both great as usual.  Oona Laurence, last seen on Orange Is the New Black, does exceptionally well with the material she is provided.  Being a child actor is difficult, especially when given a wide range of emotionally exploitative dialogue, but she handles it with ease.

Other boxing movies have done this same story time and time again, except they were far more entertaining.  It’s a bad sign when you wish the film would skip through the first ten rounds of the final fight, just so you can see how it ends. Save yourself the money and watch all of the Rocky films again instead.

NOTE: This was originally written as a follow-up to “8 Mile” but Eminem dropped out,after filming had begun, to focus on his music career. 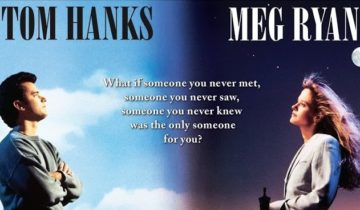