On April 13th, 2013, the United States witnessed one of the most disturbing and violent attacks since 9/11 at the Boston Marathon that left three dead and many injured. The manhunt for the two bombers coursed over several days; Patriots Day primarily tells the story of the bombing and the incredibly brave search to bring them to justice. Despite me liking most of Peter Berg’s films, I was a bit hesitant when this one was announced. It hits so close to home for many Americans and is still a relatively recent wound to mend with art. How do you even begin to depict such a tragedy, nonetheless make a 120-minute film out of it, that explores the lives and of the victims, the different units of first responders, and event the bombers themselves? Somehow, Berg and co. managed to all of that in what is one of the most important films of the year. This one joins the ranks of films like Zero Dark Thirty, Captain Phillips, United 93, etc.

Mark Wahlberg’s Tommy Saunders is relatively the only fictional character in the film, being used as a device to explore the most important aspects of the investigation, he also turns in a damn’ solid performance as well. The primary “real” characters that we follow are Commissioner Ed Davis (John Goodman), Sergeant Jeffrey Pugliese (J.K. Simmons), and FBI Special Agent Richard DesLauriers (Kevin Bacon). These guys don’t have as much screentime as Wahlberg does, but each do good in their respective roles and are given a moment to shine – which is especially satisfying, considering everything these characters do on screen is an account of real-life heroism. Comedian Jimmy O. Yang is given a surprisingly meaty role here, playing a young man taken hostage by the Tsarnaev’s. One of my favorite stories in the film is Patrick Downes and Jessica Kensky’s real-life story that is told with such grace and subtlety, yet authentic emotion that it just might move you to tears by the end.

While many people remember a majority of the events that this film depicts, it surprisingly goes into really specific detail with the “how’s” and the “why’s” of the situation. It even managed to tell me a lot of stuff I wasn’t aware of and brought me some solid insight into the bigger picture of this tragedy. Peter Berg walks an amazingly rough line throughout the entire running time of this movie, making it both sympathetic to the victims and incredibly emotional, but also grippingly intense and surprisingly cinematic in ways that I was never expecting. The third act is specifically some of the most pulse-pounding stuff you’ll see in a film this year, simply due to the fact that it is so realisitcally depicted and you forget that you’re watching a film. The use of style, authenticity, and impressive camera-work helps make this a tremendous piece of work.

As an American, it is a bit rough to see this kind of stuff presented on screen. I wasn’t even sure if I could sit through it, prior to going to my screening. However, Berg does an incredibly intelligent thing by making this a more thoughtful and subdued film than what I think many are expecting. This film has several action sequences and is very tense, but it is mostly a film about heroism, bravery, and the ideal of good triumphing evil. Once it takes you through the entire journey of the investigation, it leaves you with a warm feeling of hope and optimism for the world that you live in. By the end of the film, it preaches for unity and bravery; the best of what America has to offer. Patriots Day is certainly an enthralling depiction of a tragedy, but it is also so much more than that. It’s a beautiful piece of work that will move you to your core and make you appreciate the things you have in life. One of the best films of 2016. 4.5/5. 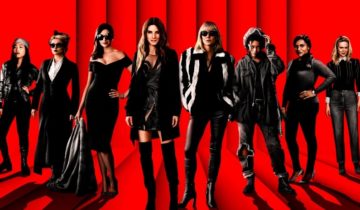