Looking for a fresh, tech-thriller with relevant commentary on people’s obsession with the private lives of celebrities? “Open Windows” will fill that void nicely.

Shot entirely from the viewpoint of webcams and security cameras, “Open Windows” takes the Found Footage genre a step further.  Technically this isn’t found footage, the audience is actually watching all of the events play out in real time.  Ninety minutes of runtime equals ninety minutes of narrative.  Reportedly, Director Nacho Vigalondo (“A” from The ABCs of Death) chose not to use any conventional cameras, utilizing primarily laptops and webcams assembled with a copious helping of visual effects. Elijah Wood plays Nick Chambers, the webmaster for a fan site on actress Jill Goddard (Sasha Grey).  As her biggest fan, Nick won a contest where the prize is a dinner with Jill.  Unfortunately at the last minute she calls off the dinner leaving him stuck with just his laptop to keep him company.  That is until a powerful hacker suddenly appears in a window on his screen and begins manipulating a series of events that will intertwine Nick & Jill’s fates.

To say the plot twists and events in this film are far-fetched would be an understatement.  While some of the tech aspects may be possible within the next decade, other elements stretch our suspension of belief to the breaking point.  Too much is left to equal parts chance and omniscient knowledge. What saves this film is how unique and entertaining it manages to be.  Elijah Wood is always fun to watch when he’s playing abnormal characters.  Sasha Grey continues to impress as the only actress to successfully transition from adult films to mainstream cinema. There’s a touch of irony in Miss Grey playing a character desperately trying to keep her personal life private considering her background.  These social commentary elements of the movie are very timely considering the recent theft of celebrities’ intimate photos.

Yes, this movie is out there, it jumps the shark fairly early, but it’s quite entertaining.  And it’s hard to deny there’s a bit of a decadent draw to the voyeuristic role the audience plays in this movie.

Available on VOD now and in theatres on November 7th. 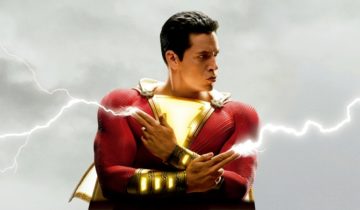