“Mission: Impossible” is one of few franchises that can manage to continue to excite people, and offer something new and fresh, with every entry. No thanks to John Woo (“Mission: Impossible 2”), and his dove filled duel-wielding action sequences, this is one franchise that keeps getting better with age. How long will it last? My guess is that’s entirely up to Tom Cruise, and how long he is willing to put his body through the ringer for his craft.

From start to finish “Mission: Impossible – Rogue Nation” is a non-stop action thrill ride. Does that mean there are some character and plot development issues? Yes, but you’ll never really notice while constantly on the edge of your seat during the intense stunts and set pieces. Cruise is so amazing with what he ACTUALLY does in this that people will think a lot of it is CGI. Yes, that was Cruise hanging from the plane. Yes, that was Cruise riding the motorcycle. Yes, Cruise has an over five-minute breath hold underwater. The only thing that threw me off was one or two places where they did use CGI, and, versus the real and gritty practical effects and stunt work they have throughout, these moments do stick out like a sore thumb (though only for a moment).

The cast was really on point, at least those with something to do. To get it out of the way I’ll say I was disappointed that Ving Rhames and Jeremy Renner were relegated to such minor supporting roles, though I suspect Renner had to sit out on action sequences due to contracts with other studios (Marvel). They did a nice job setting up Alec Baldwin’s character for future films, and hopefully all three can really take part in the soon-to-be-announced sixth film in the franchise. Of course, Tom Cruise did his thang with the previously mentioned stunt work, and actually breathed a little humor into his character this time around. Simon Pegg’s sense of comedy steals just about every scene he is in, and proves that he was a great addition to this franchise for the third time. Newcomer Rebecca Ferguson, in a career making role (seriously…expect to see her in a lot of stuff after this), kicked SO MUCH ASS that women everywhere will expect and demand to see her in the next one. This franchise has had strong female characters in the past, they’ve mostly been used as eye-candy or distractions, but Ferguson really kills it in this important role. Sean Harris makes a compelling and creepy bad guy as well, though the character himself is a little cliché to the franchise.

In fact, that last thing might be my biggest problem with this film, and the franchise as a whole. The plot of just about every film has had something to do with rogue IMF agents; whether it be a former agent betrayal (“MI2”), agency betrayal (“MI4”), or current agent betrayal (“MI3”). This time around they switch it to a British Intelligence agency betrayal…which makes it an awful lot like the plot of “Spectre” or “Skyfall,” and doesn’t truly distinguish its plot from any of the former films in the franchise. However, the lack of originality of the plot is easily covered and forgotten by the incredible action sequences, excellent musical score, fast pacing and character interactions.

There are a lot of spy films this year including: “Spy,” “Spectre,” and “The Man From U.N.C.L.E.,” but what’s going to set “Mission: Impossible – Rogue Nation” apart is their dedication to the action sequences, and the audiences enjoyment of the piece. Does it have a strong plot? No. Does it lack proper character development for several key people? Yes. However, from start to finish it will have you on the edge of your seat, and in awe of some of the stunt work, set pieces, and practical effects used (except the few CGI misses…). While “MI5” isn’t the best film out of the franchise it is certainly another worthy entry, and perhaps the most enjoyable. 4/5

Like what you read? Be sure to hit one of the share buttons at the top/bottom of this page! 🙂

Note: Paramount…if you’re reading this…please bring back ALL the former female characters, and have them do some epic team-up in the next film. Would really love to see Paula Patton kicking some ass again. 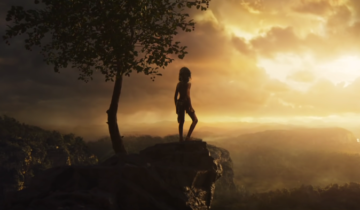