It’s no secret that most of the Refs adore the DC Animated films that they have been releasing biannually for almost 10 years. We often disagree about which is the best or which belong on a list of ‘Top 5.’ However, I can assure you that we all agree on Gods and Monsters: it’s a freaking masterpiece.

Gods and Monsters is a unique film in a lot of ways. First off, it’s a completely original film written by the animation gods themselves, Bruce Timm and Alan Burnett. Every other film that DC Animated has created has been very explicitly based on an already existing comic book story arc, yet this one is an original tale from the minds that brought you Batman: The Animated Series, Justice League: The Animated Series, Batman Beyond, and more.

The other way that it’s unique is its premise. DC Animated has dabbled in alternate realities and dystopian version of the Justice League quite a bit, but this one is very different from those others. In the other versions they have either made the League to be complete bad guys (Justice League: Crisis On Two Earths) or made them totalitarian overlords (the ‘Better World’ arc in the animated series), whereas in Monsters they have made them anti-heroes in the gray middle. Each of the trinity (Batman, Wonder Woman, Superman) has been given a different origin, and even a different identity.  I don’t want to spoil what these are, because you shouldn’t be denied the experience of the reveals in the movie.

The story works so well. As Ref Kaptain Kevin put it: “It’s the first time in a long time I was fully invested in the story. I wanted to know what was going on, who would live and who would die. All bets were off in this one.”  His sentiment was particularly true for me.  I almost always know the ending of the other DC Animated films because I have almost always read the comic arc that they are based on.  I was on the edge of my seat because they could have (and did!) take it in any unexpected direction they wanted to.

It really shines through that this was a labor of love by the creative team behind. It is flawlessly scripted and beautifully animated. In fact, the animated is very reminiscent of the animated series. This similarity is intentional, I think, as they can successfully draw parallels for their fans so that they can recognize the cameos and variations that they ‘played’ on many of their iconic heroes and villains. An example of this is that Kirk Langstrom looks very similar in both Monsters and the animated series.

Gods and Monsters is among the best that DC Animated has ever offered. It’s The Watchmen of Justice League stories. I still prefer The Flashpoint Paradox a little more, but that’s probably just because I like Flash as a character more than anyone in this movie.

To learn more about what went into the creation of this awesome film, be sure to check out Ref Kevin’s SDCC  “Gods & Monsters” interview! 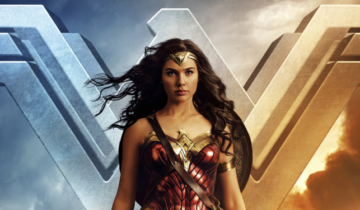