A24 is giving a platform to many exciting, young directors so they can create their passion projects. While Mid90’s isn’t necessarily their best film of the year, it falls right into the same category as Hereditary for me where it is unbelievable that it is a directorial debut. From the 90s aesthetic being nailed perfectly to the emotional core of the film – Jonah Hill has captured a moving, often harsh, and very entertaining coming-of-age film that feels like it was directed by someone who’s been doing this for many years. 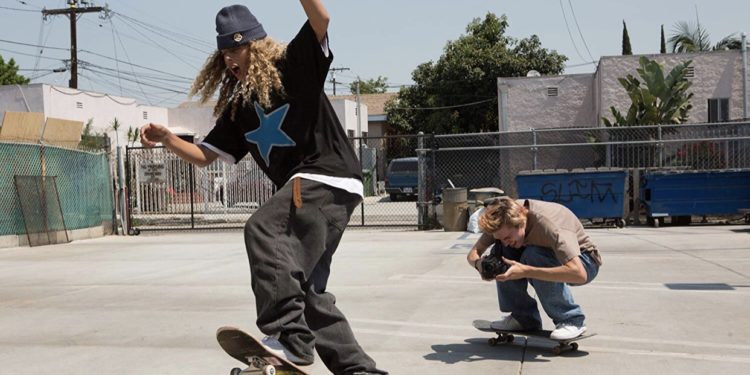 The film follows Stevie (Sunny Suljic) a quiet 13-year old with a very attentive mother and an overly abusive older brother. Stevie eventually finds his passion once he sees older kids skating around and hanging out at a local skate shop. He eventually befriends them and becomes apart of their unorthodox family of skaters. It’s the relationship between Stevie and his group of friends that really makes this film something special. All of the scenes they share together are absolute magic, and despite the film clocking in at about 80 minutes, it does a wonderful job at exhibiting the power of their friendship and how badly they all need one another.

One of the standout sequences in the film features Stevie having a heart to heart with Ray (Na-kel Smith), who serves as a leader of sorts for their group and someone for Stevie to look up to. It’s a quiet and drawn out sequence where the two of them just talk about their issues, but it is one of the most subtly moving scenes I’ve seen in a film all year. It’s moments like this that really exhibit the raw and natural power Jonah Hill has behind the camera. Not only does he nail the skating and aesthetics perfectly, but he absolutely crushes the emotional and quieter moments that Mid90’s has to offer. 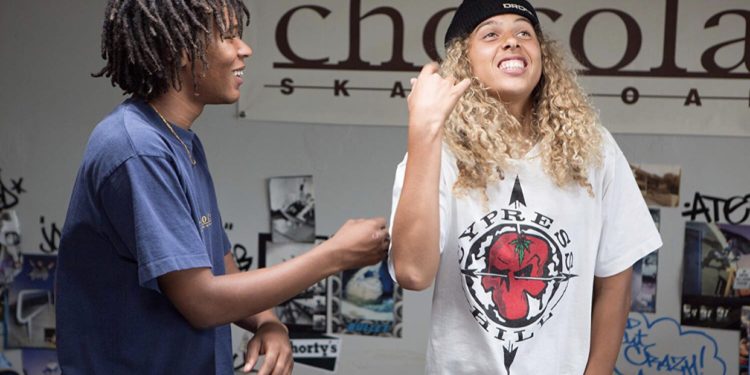 If I had but one complaint with this film, it is that there is a certain sequence towards the middle that completely took me out of the film and felt completely unrealistic to the otherwise often harsh realism that Hill was going for. It feels more like a fantasy scenario being played out opposed to being natural. That’s genuinely my only complaint, because if you cut that scene out of the film or edit it differently I’d argue that this is a nearly perfect film. Even with that small issue, I’d say that Jonah Hill’s Mid90’s is one of the best directorial debuts that I’ve ever seen and one of the best films of the year. 4.5/5.