The story of Freddie Mercury is both tragic and beautiful. How one man could live such a tragically short life, yet inspire so many people around the world and create art that genuinely matters will always be fascinating. The story of not only Freddie, but the formation of the band Queen and their rise to fame and fortune is ripe for a feature film. Bohemian Rhapsody is indeed the story of the formation of Queen, but understandably focuses almost entirely on Freddie and his ups and downs throughout his stardom. The film never neglects the other members of the band, but it understands that Queen truly lived and died with Freddie. 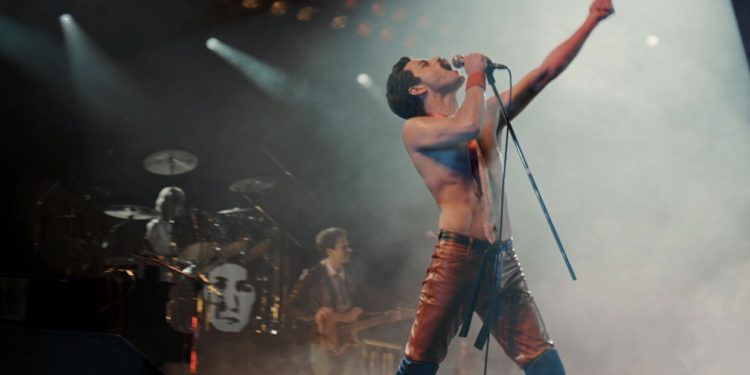 To get the obvious out of the way – Rami Malek is absolutely brilliant as Freddie Mercury. This is the type of performance that can literally carry an entire film on its shoulders. I enjoyed Bohemian Rhapsody for all it has to offer with entertaining concert sequences, solid humor, and occasionally genuine emotional moments that hit home – but Rami Malek’s portrayal of Freddie is what elevates this from a solid biopic to something that is a must-see. He completely becomes Freddie as he nails the voice, mannerisms, and overall infectious energy that he inhabited. It’s a wonderful performance and portrayal of an equally wonderful man.

The film is at its weakest when it tries to get going in its first act. It has trouble getting moving and finding a rhythm right off the back, but remains solid enough to keep you interested. The film progressively gets better as it moves along, and I’d say becomes a legitimately good film once it decides to take things slower and focus more on the quieter, character moments and drama. The rise to fame stuff is fun and the recordings of classic Queen songs are brilliant, but this film truly shines when it gets personal with its characters – namely Freddie and all of his demons. 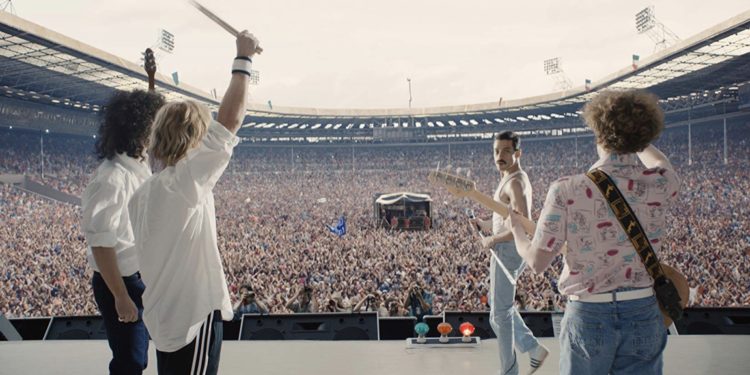 One of the best aspects of the film is the relationship between Freddie and his ex-wife Mary (Lucy Boynton) and their complex relationship throughout the years. I really enjoyed this, because it was one of the more complex and interesting threads that the film has to offer. It comes in and out throughout the entirety of the film, but it truly hits home in the third act and serves as a beating heart to exhibit the best of Freddie’s love and compassion.

All of the concert sequences in the film are pretty spectacular, but the Live Aid sequence in the third act is genuinely one of the best scenes I’ve seen in a film all year. It has the excitement of an actual concert, and it’s at this moment where you completely forget you’re watching Rami Malek play Freddie – you just see Freddie. And the magical ability he had to control an audience and cast his spell on them. The entire film is well done and I had a good time watching it, but I’d say this sequence and Rami’s performance as a whole are worth the price of admission alone.

It’s a solid film, despite all the behind the scenes controversy. An entertaining, by the numbers biopic that is supported greatly by an amazing performance by Malek. 3.5/5. 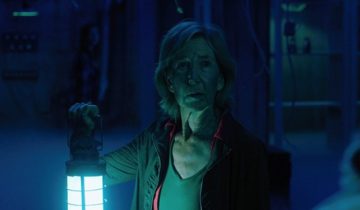