“Jupiter Ascending,” despite some less than thrilling early reviews and trailers, really had my interest as it’s the latest ‘gift’ to the world from the Wachowski siblings. The duo behind “The Matrix” and “Cloud Atlas” have a less than stellar track record, but I always try to give them the benefit of the doubt going into something. Alas, early opinions were not wrong this time. While the story concept is actually really interesting it’s delivery was poorly done and lackluster. The CGI and action scenes were pretty fun to watch, and offered some unique things to the genre, but the characters were dull and lacked chemistry. Overall this was a bloated waste of time that was visually pleasing, but shallow and emotionless.

My first issue is the characters, and how they were written. Despite assembling a pretty solid cast: Eddie Redmayne, Channing Tatum, Sean Bean, Mila Kunis, etc… they didn’t write anything spectacular for anyone. They barely touch on any of the character’s back stories, and poorly develop them throughout the film. Not to mention our two leads, Tatum and Kunis, severely lack any kind of chemistry, which makes the ‘love’ scenes forced and awkward. Not every movie has to have a freaking love story! I really liked the characters, and I liked the concept of their back stories, but nothing was fleshed out enough due to there being too much other crap going on. Not to mention Eddie Redmayne tried his best to channel Gary Oldman a la “The Fifth Element” and “The Professional,” but fails miserably. Many are saying this, and I’m likely to agree, that the release of this film with his awful performance might hurt his chances at an Oscar this year for “The Theory of Everything.”

The plot of the movie itself is really pretty cool. There’s this galactic dynasty, run by one family split into 3 sibling empires, and all the solar systems are ‘owned’ by them, and used to create life for the purpose of retail. Earth is one of these planets that is merely an investment to them, like a crop of corn to a farmer. This is enough to be its own full-length movie, and could have been really cool, but now they also have to introduce reincarnation with Mila Kunis’ character, and tie her in as an important piece. Basically they took what could have been a really amazing Science Fiction epic about a space dynasty harvesting planets for profit, and also shoved in a whole bunch of other stuff so the focus would have to keep shifting. Not one solid plot point was developed enough to leave a lasting impression.

The strongest part of “Jupiter Ascending” is the special effects, and the action sequences. There are some really cool sequences where Tatum’s character is kicking ass with his gravity boots, and it offers something visually stimulating and unique for audiences. However, some of the action scenes get a little to shaky, like a “Transformers” fight scene, and it becomes hard to know what’s happening. The visual effects, though, are stunning, but certain things they had were just useless (like non-attached sails/wings on a ship…what?). I give them a lot of credit for the time and effort that went into creating everything, and it’s certainly the best thing this disaster has going for it.

Despite having some amazing visual/special effects, and some pretty kick-ass/unique action sequences (AND SEAN BEAN!!!) “Jupiter Ascending” manages to overstay its welcome with audiences. The over-complicated plot (despite having a great concept), involving space empires and reincarnation, mixed with terrible performances and awful chemistry/character development, will leave you with a bad taste in your mouth. Despite having an extra year to work on things, like editing the story to make things flow smoother, someone somewhere still watched this and thought, “Audiences will love this!” and that concerns me. “Jupiter Ascending” is not worth re-watching, and certainly isn’t worth a trip to the theater. Not even popcorn and soda can make this Pigeon fly. 2/5 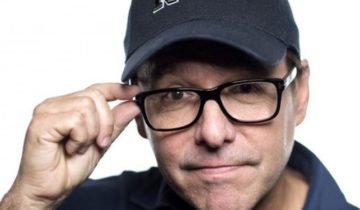