Four decades after narrowly surviving the infamous Haddonfield babysitter murders and her encounter with an escaped sanitarium inmate, Laurie Strode (Jamie Lee Curtis) is a traumatized recluse and self-described “basket case” whose paranoia and agoraphobia has severely strained her relationships with daughter Karen (Judy Greer) and granddaughter Allyson (Andi Matichak).

When a prisoner transfer goes awry, long-incarcerated serial slaughterer Michael Myers (James Jude Courtney, Nick Castle) is freed from his 40-year hibernation and is again unleashed on the otherwise sleepy town unprepared for the horrors headed its way. With a readied and waiting Laurie Strode acting as Haddonfield’s de facto protector, she hunts the masked murderer to end the boogeyman and his permeating evil — for good.

In her obsessive quest to eliminate the elusive Shape, Laurie then becomes the sort-of modern Dr. Loomis (the late Donald Pleasance), who in Halloween acted as both Captain Ahab and Paul Revere, desperately signaling the arrival of a freshly escaped Michael Myers, who only Loomis recognized as purely and simply evil.

It’s not a title Laurie would accept: when meeting Michael’s longtime caretaker Dr. Sartain (Haluk Bilginer), Laurie, in a moment of meta self-awareness, dubs him “the new Loomis.” But it’s Laurie who is quickly tasked with having to halt Michael’s bloody rampage, proactively going on the offense with a cache of weapons in a welcome inversion of the final girl trope ushered in, in part, by the 1978 original.

Halloween wisely ignores its nine subsequent series installments, only acknowledging the Carpenter and Debra Hill-crafted classic as canon, allowing the new Blumhouse-produced direct sequel to distill the essence of the franchise into a taut thriller that could act as either a satisfying franchise sendoff or a springboard for future sequels.

For all its fresh and inventive kills — they’re plentiful and sure to please Halloween diehards and scream-seekers alike, perfectly blending a Carpenter-inspired nuance with the more overt violence and gore expected of a slasher in 2018 — Halloween is anchored by the line of trauma tethering the three generations’ worth of Strode women.

It’s the fractured but not entirely severed relationship between the three that gives Halloween its heart and dramatic heft, even if that dynamic isn’t quite explored deeply as it could be as the familial dramatics take a backseat to Michael’s unrepentant kill-fest — undoubtedly the highlight of this new horror masterpiece.

Michael Myers is again the stalking shape, the silent killer with an insatiable bloodlust acting out with no rhyme or reason. After the character was watered down in misfire franchise entries like 2002’s Halloween: Resurrection — where the iconic movie monster was electrocuted in the groin by a kung-fu-fighting reality TV sleeze played by Busta Rhymes, among other disrespects — the Shape is returned his mystery and his brutality, emerging as a more terrifying figure than he was in even the original Halloween.

The new film has reverence most of all for the original work of Carpenter, on board here as executive producer alongside Curtis, acting as a love letter to the original Halloween that is faithful to its roots without retreading the same ground covered 40 years ago.

There are, of course, echoes to the past — unwary teenagers who have little-to-no character and are intended only to act as Myers’ inevitable prey, and well-tailored callbacks meant to pay homage to some of Halloween’s most memorable moments — but this new Halloween manages to add to the original as a true follow-up while avoiding the same pitfalls that befell other recent franchise revivals, causing those films to feel more like unimaginative re-dos. In that instance, Halloween is a lot more treat than trick.

Halloween only really falters once, in a late development that’s as sudden as it is left field: not only does it have no barring on the overall plot or its characters, it’s swept under the rug almost as swiftly as it’s introduced. This strange veering off course comes as a twist for the sake of a twist, or like the remnant of an early script draft that somehow wasn’t excised before the final cut, and could be read as sequel bait — if a certain someone wasn’t dispatched from the film in short order.

This bizarre turn of events is a detour that very nearly derails the entire third act, but Halloween speedily and gracefully recovers, moving on to the main event: the four-decades-in-the-making rematch that sees the two biggest icons of the horror genre battling it out in a fight that is all at once gripping, horrifying, and wickedly fun.

That’s Halloween in a fun-sized candy bag: a funnier-than-expected thrill ride more fun than any haunted house, bolstered by a rewarding script penned by Green and co-writers Jeff Fradley & Danny McBride, breathtaking cinematography from Michael Simmonds, and the steady hands of director Green, who lends Halloween an almost indie-like feel even as it delivers blockbuster scares. 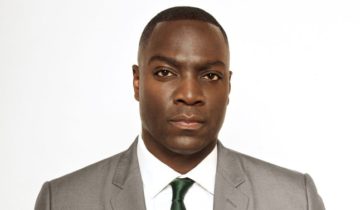