The Boys Are Back!!! “Entourage” basically picks up within a few days of where the series ended in 2011, and it’s like they didn’t miss a beat. Relying on the past seasons of character development and relationship building, we are able to just jump right into things, and it works so well. However, this is also the main downfall of the theatrical adaptation/sequel as it excludes the general audience from being able to truly enjoy this. You can tell they tried to make this open for everyone, but there are just too many nods and inside jokes that only show watchers would understand, and it leaves unaware audiences scratching their heads and bored.

Everyone, with a few exceptions, that had any reasonable part to play on the show is back. There are cameos from all sorts of actors, sports stars, musicians, comedians, and classic Gary Busey (he gets his own category due to how epic he was on the show). Adrian Grenier, Kevin Dillon, Jerry Ferrara, Jeremy Piven, Emmanuelle Chriqui, Perrey Reeves, Rex Lee and Debi Mazer so easily slipped back into their characters that it was just like being back with your old friends. The only noticeable different is that Ferrara has lost some significant weight, good for him, and they comment on that in a pretty humorous way (it’s in the trailer). Now, none of these performances are particularly award worthy, but they are all what we’ve come to expect from the cast so that’s good.

Most of the cameos really contributed to the humor of the plot, like T.I.’s 15-second bit that left me in stitches, and Liam Neeson/Jeremy Piven’s “Schindler’s List” interaction, but a few left me confused. It really seemed like the stars came out in droves just because they wanted to be apart of it, and considering the setting is Los Angeles it makes sense why so many are there, but at the same time some of them felt out of place or forced. Warren Buffet is in this…for no reason, and Jessica Alba makes a non-funny and forced cameo as well. Throw in there that I don’t know any sports stars outside of Rhonda Rousey, who actually has a more-than-cameo role in this, and you’ll have more than a few misses for me (I think someone named Grunk made an appearance?). I’m not going to spoil any more for you, since some of them weren’t listed in the credits, but a pretty famous director appears as well, and has a very brief but funny interaction with Johnny Drama.

The writing is everything you’d expect, as this plays as one really long episode, and that isn’t a bad thing in the slightest. However, there were a few moments where the story lagged, or too much time was spent on characters the audience doesn’t really care about, and that throws off the momentum. We are introduced to a hilarious bit about a sex tape, but it almost seems like it’s forgotten just a few scenes later. One of the most important story lines, E and his baby/baby mama, almost seem like a side note, but in reality the entire film should be about these characters. I did like how every character got a moment to truly shine, so that’s always a plus.

From start to finish “Entourage” is filled with laughs, cameos, nods and shoulder jabs to the series, and more character building on our favorite boys. People get married, people have kids, people get divorced, butts, boobs, movies within movies, and a lot of meta-talk about the Hollywood scene and culture. It’s everything fans of the series have come to expect, and nothing people that don’t watch the show will have any real interest in until going back to see the series they should have already watched. The reliance on the history of these characters is too much to make this a truly enjoyable experience for first timers, despite the highlight reel at the beginning, but it makes it a blast for show watchers. 4.5/5 if you watch the show and 3/5 if you don’t. 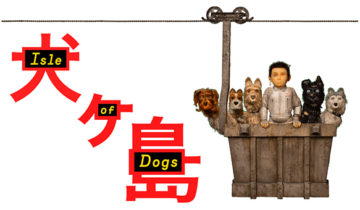