“DOPE” is the freshest flick in a long time!

The film opens with three, ironically diverse, definitions of the word “Dope.” Over the next two hours the audience will see why this is the perfect title for this great movie.

“Dope” tells the story of Malcolm (Shameik Moore), a high school senior who’s trying to get into Harvard.  He’s obsessed with 90’s culture (who can blame him?), a bit of a geek, and is in a punk band with his two friends Diggy (Kiersey Clemons), Jib (Tony Revolori).  Oh, did we mention that he’s black and lives in Inglewood?  In a series of twists and chance encounters that would make Tarantino proud, Malcolm finds himself in possession of a backpack full of drugs, chased by either undercover cops or killers, and in a love triangle that includes a short-fused gangster.  One wrong move, and his future (and possibly his life) will be over.

If this is starting to sound like a gritty thriller, it’s not.  Even with the handful of shocking violent outbursts, it plays more as a comedy.  It has Hitchcockian undertones, not in terms of suspense, but rather in how we enjoy watching a “normal individual” thrown into extraordinary situations and rooting for him to succeed.  The irony of this being, that for some youths, growing up in areas like Inglewood, these extraordinary situations can be a very real possibility.  It’s a bit sobering to see how casually the characters react to violence within the film.

On a social level “DOPE” goes through a lot of trouble to dispel racial stereotypes.  The heroes of the film, Malcolm, Diggy, and Jib are a ragtag group of misfits, but they are realistic in their uniqueness.  They embody what real kids are like, creative, awkward, supportive, regardless of race.  Their nemesis in the film are all racial caricatures, played to extremes.  Rich minorities trying to be what they aren’t, gangsters who can’t comprehend the meaning of common phrases,  or who violently snap at the smallest things, educated adults who return to the hood to corrupt youth with drugs and money.   Sure, individuals like this might exist, but “DOPE” plays these characters up as a parody against our protagonists.

If this brilliant movie stumbles anywhere, it’s by taking this commentary a step too far in one of the final scenes.  A character begins to write up the story, but abruptly breaks the fourth wall, appearing to address the audience about the nature of race, stereotypes and prejudice. The movie did such a great job of showing the audience all of this in the narrative, but it’s as if the filmmakers didn’t trust us to get the point.  Instead, the director felt the need to address the audience directly to make sure we didn’t miss anything.  In a film about looking beyond stereotypes it’s slightly condescending.

Thankfully, that is a minor gripe in an otherwise stellar movie.  “DOPE”
actually shares a number of similarities with “Me & Earl & the Dying Girl”, which also opens in Phoenix this week, but the subject matter, and how they approach it, is vastly different.  Both of these are can’t miss films. 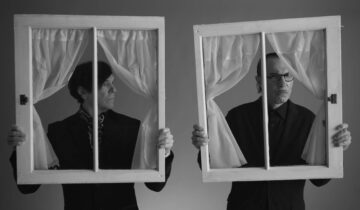