Home›Movies›REVIEW — “Me and Earl and the Dying Girl”
Movies

Skeptical that the best movie you might see this year involves high school friends and terminal illness?  So were we at first, but “Me and Earl and the Dying Girl” is now one of our most beloved films.

Watching the trailer it’s easy to mistake this to film for lesser fair.  Comparisons have been drawn to “The Fault in Our Stars ” but no greater disservice could be made.  “Me and Earl and the Dying Girl” is so much more.

Thomas Mann stars as “Greg”, a senior just trying to navigate his way through the final year of high school.  He’s managed to build a rapport with each of the various cliques, and is one of the few students who can be accepted by anyone, while at the same time not fitting in anywhere.  His best friend, or “co-worker” is Earl, played joyfully by RJ Cyler in his debut role.   Greg almost fears having a friend, as you can’t have a friend without including the word “end.”  Since him and Earl have been making parody shorts of classic films for nearly as long as they’ve known each other, Greg is far more comfortable with the “co-worker” terminology.

When Greg’s parents (Nick Offerman & Connie Britton) learn that one of his classmates has been diagnosed with cancer, they pressure him to go spend some time with her.  Greg is barely acquainted with Rachel (Olivia Cooke) but to appease his mother he finally agrees to visit.  At first neither of them are interested in the arrangement but eventually they bond over their mutual quirkiness.

Multiple times the film reminds us that this is NOT a love story.  But in a way, it really is.  It’s certainly not a romance, but these characters, Greg, Earl, and the dying girl, truly love each other.  Director Alfonso Gomez-Rejon, masterfully sidesteps all the tropes that we expect to see, instead giving us well rounded characters that are interesting; people that we would be happy to know personally.  His directing style has touches of Wes Anderson, but is uniquely his own, and is a pleasure to watch.  Alfonso has obviously honed his skills over the past years while working as second unit director on such films as “Argo” and “Babel.”  A true success story, this talented man started out in the industry as a personal assistant to Martin Scorsese and Robert De Niro.  We look forward to seeing what else he has in store for us in future films.

There are a lot of summer blockbusters coming out right now, and many of them might actually be pretty good.  But we urge you, please take a night off from all the bombastic blockbusters, and spend an evening with “Me & Earl & the Dying Girl.”  It will touch your heart, and you will feel better for having met them.

NOTE: Be sure to check out Ref Kevin’s interview with the cast and Director HERE! 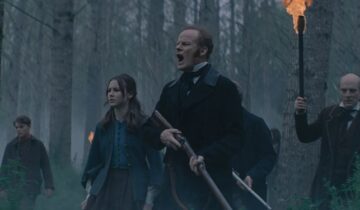