This is the second movie this year to feature “Nowhere To Run” and I’m not complaining. 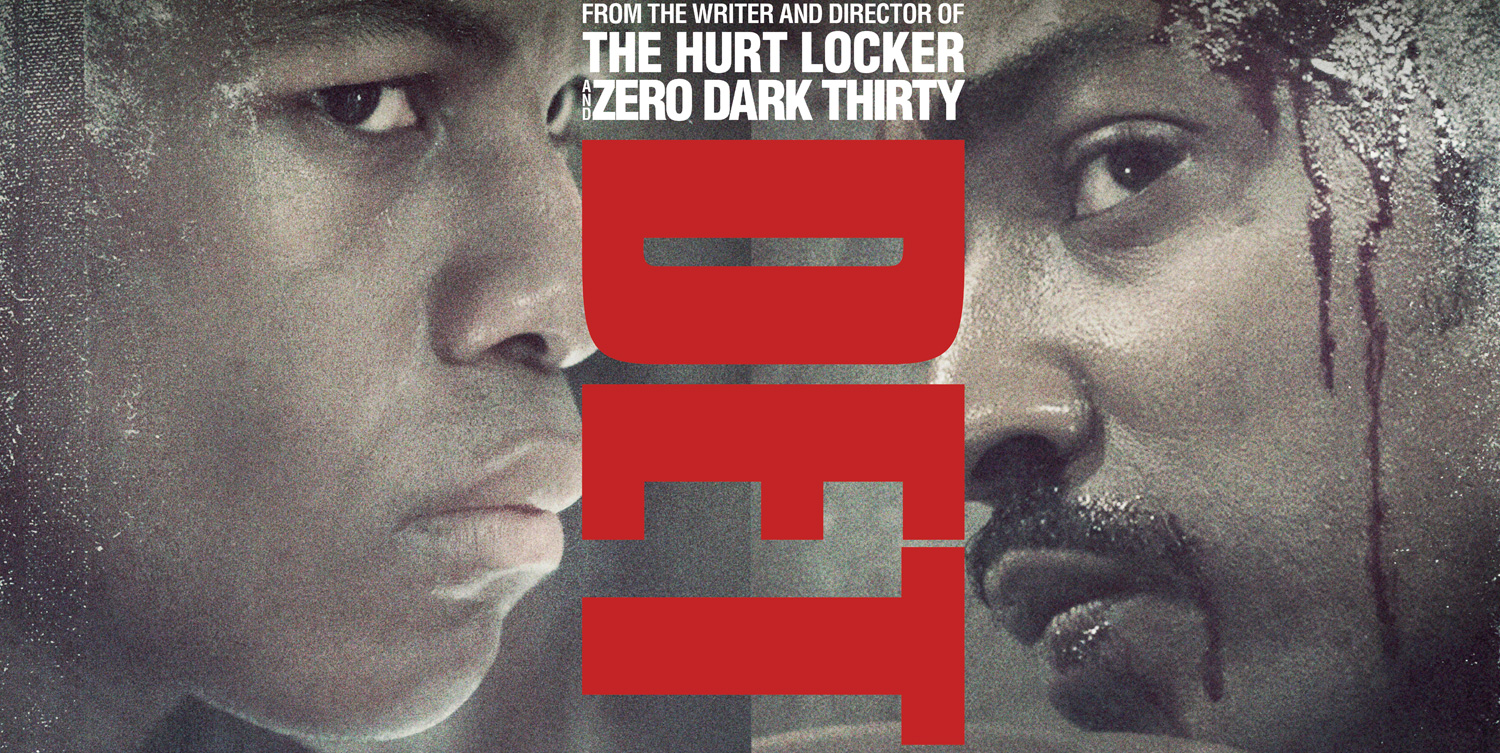 Detroit is directed by Kathryn Bigelow and written by Mark Boal, and tells the true story of the Detroit Riots and the police and military who sprung into action when the rioting and civil unrest rocked the streets during the summer of 1967. It stars John Boyega, Will Poulter, Algee Smith, Jason Mitchell, John Krasinski and Anthony Mackie. When it was announced that Kathryn Bigelow would be releasing the third entry into her unofficial “The World Sucks” Trilogy I was cautiously optimistic. While I find her projects like Zero Dark Thirty and The Hurt Locker a tad bit overrated, I can’t deny the obvious talent Bigelow has behind the camera. Point Break for life. So I was excited for Detroit. The addition of John Boyega tickled my fancy and I knew even if I didn’t love it, Bigelow would at least give me an intense, politically charged drama and that’s exactly what I got. Detroit is a visceral, intense, gut churning drama that will leave you angry and disturbed. While it doesn’t break any new ground, what we get is so damn good. Kathryn Bigelow is directing here and as expected, she does a great job. From the first scene you are locked into it. Aside from an unnecessary intro sequence, Bigelow does not give you time to breathe. You are thrown directly into the riots and you are in it. A majority of the run time is dedicated to essentially one long sequence in the hallway of a hotel and it is grueling. Detroit is almost a horror movie, you see some truly horrifying stuff. Bigelow directed with such energy and intensity, that I found myself physically reacting to a lot of what I saw. It’s very similar to The Stanford Prison Experiment where as you, like the characters, almost feel trapped in the situation. As much as I  love Point Break, I think this is probably her best outing as a director and while she the first 30 minutes are noticeably weak compared to the rest of the film, when Detroit is good, it’s great.

Mark Boal penned the script and it may be the weakest part of Detroit. This is his third collaboration with Bigelow and while the script is not bad by any means, Boal gives a lot of screen time to ultimately useless things. There is a very unnecessary opening sequence and the he has trouble establishing focus in the first act. But, once we get to the Algiers Hotel, the script is great. Dialogue is natural and honest and the pacing is fitting and break neck. Now, while I’d like to fault him for some seemingly unrealistic scenes, he did have to stay historically accurate and he didn’t have the most information to work with. This is another Boal script for another Bigelow project and while it isn’t particularity exceptional, it’s worth seeing.

Detroit has a stacked cast and they’re all great. The only thing I found odd was, all the characters are featured for such a short time, I’m confused as to why they felt the need the get such big name actors. Boyega and Mackie do a great job here, but they’re both basically minor characters. Now, I can’t knock it for that, as it didn’t effect the overall product, it was just odd. All the cast does a great job and I didn’t know who Algee Smith was before I saw this and now I wanna see more of him. Will Poulter is in this, and he’s simply great. He’s never really impressed me before but he blew me away here. Maybe it’s because I’ve only ever seen him as the goofy kid in things like We’re The Millers but he nails the role. He plays such an insidious monster and he’s almost a super villain in it. He nailed the accent and if he wants to play antagonists now, I’m all for it. 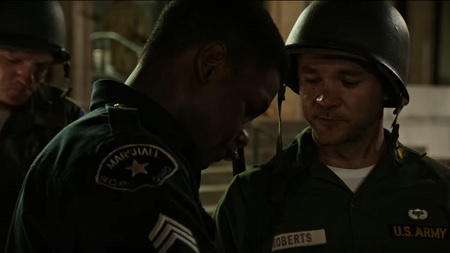 On a technical level, Detroit can be described as harsh. The sound design, camera work, and editing are all sharp. The cinematography is very shaky and the whole thing feels very Paul Greengrass. The sound design is great and it almost feels like you’re in a war zone. At times the editing was a bit choppy but at the end of the day, Detroit does something kind of incredible. They immerse you for 2 hours and when it’s over you finally breathe. This isn’t one to rush out and see, it’s a hard pill to swallow, but if you decide to see it, be ready for an intense, disturbing ride.

In short, Detroit is a intense, disturbing, and angering film that shines a light on a truly horrific moment. 4/5