There is not a single unique idea in this film, but that shouldn’t stop you from thoroughly enjoying it.

It’s clear from the trailers that “Chappie” is a mash-up of a number of film concepts we have seen before.  Most noteable it bears a striking resemblance to “Short Circuit”, “Robocop”, and the “Metal Gear Solid” video game series.  Director Neill Blomkamp even borrows heavily from his own “District 9.” How can a film that riffs on a number of existing stories possibly be good? The same way the first “Matrix” film was good.  Similarly, the “Matrix” mined a number of pre-existing storylines, especially those from Japanese Animes, but it was done in a fresh way, and introduced us to interesting characters. While Ninja and Yo-Landi of Die Antword are playing versions of themselves in this film, you can’t deny they are very interesting characters.

The film begins with a very short (and rather pointless) retrospective on “The day chappie took a left turn” and then follows it up with a series of news clips that quickly gets the audience up to speed. It is the very near future and Johannesburg, South Africa, has just instated a robotic police force to aid in peacekeeping.  Nearly indestructible, quicker, stronger and more lethal than human cops, they are extremely efficient, and save lives. (Well, at least cop lives.)  Ninja, Yo-Landi and Amerika (Jose Pablo Cantillo) make up a trio of villains who are caught up between the law.  The police want them for their crimes, and an even worse villain wants $25 million within seven days or they are all dead.

Meanwhile, at TETRAVAAL, the company responsible for these robo-cops, their maker Deon (Dev Patel) is hard at work improving upon his software.  Deon’s goal is to create truly conscious Artificial Intelligence.  Sitting behind him, at the back of the office is Vincent (Hugh Jackman), playing, by far, his most unlikeable character to date.  Vincent is a fellow engineer who is ex-military and seemingly suffering from acute envy and PTSD. (and extremely poor fashion taste.)  His prototype for law enforcement is a hulking beast, aptly named “The Moose.”  This behemoth is huge, clunky, and armed to the teeth. No one wants it.

Deon is able to install his new A.I. software on the already unlucky “Unit #22”, a police droid scheduled to be demolished.  The now sentient “Chappie” (voiced by Sharlto Copley) has the mind and morality of a child, but has the ability to vastly surpass human intelligence.  Unfortunately he falls into the possession of the dangerous trio of  Ninja, Yo-Landi and Amerika who form a dysfunctional, and at times abusive family unit.

Beyond this premise, the film is fairly predictable, at least in terms of general plot, although we still are not sure of the choices Chappie will choose to make with his new found free will, or which characters will still have a pulse by the time the credits role.  Blomkamp has a lot of great concepts, and he should be commended to bringing attention to cultural issues in his home country of South Africa.  Unfortunately like most of his films, he has trouble bringing his concepts to complete fruition.  “Chappie” toys with issues of morality and mortality, and our relationship with God, but can’t make any real points with these musings.  The concepts are good, but he doesn’t seem to know what to do with them.  His concepts sit there like a pile of unbuilt legos. Thankfully, Chappie is such an interesting, and well performed character, that he carries the entire film on his titanium shoulders.  The effects used to create him are so stunning, it’s actually hard to believe he isn’t real.  Chappie is cute, endearing, and funny.  It actually creates an extra layer of tension when we aren’t sure exactly how evil his new “family” can be.

Sure, it has a lot of flaws, and yes, it’s quite unoriginal.  But “Chappie” is fun, generally well made, and features a combination of wonderful and hateful characters. Adjust your expectations accordingly and it’s quite enjoyable.

NOTE:  Even if you enjoy Die Antword’s style of music, it’s featured too heavily in the movie.  They fill their roles surprisingly well, perhaps because they are just being themselves and not acting, but at times it feels like a commercial for their latest album. 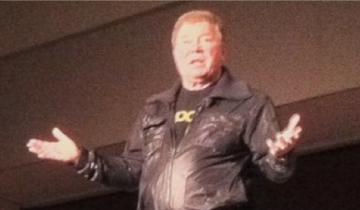