The third and final(?) entry into Edgar Wright’s Cornetto Trilogy has arrived and it’s just as flavorful and enjoyable as its predecessors.

For those who may be asking “What is a Cornetto Trilogy?!” I’ll give a quick recap.  Cornettos are an English ice cream delicacy, knocked off in America as “Drumsticks.”  The Writer/Director/Actor team of Edgar Wright, Simon Pegg, and Nick Frost first featured the dessert in “Shaun of the Dead” as a bit of an inside joke, since they had always enjoyed them as a hangover cure.  After including them in their second film. “Hot Fuzz” fans noticed and began asking when the third feature in the “Cornetto Trilogy” would arrive.  “The World’s End” is that film, in delectable Mint Chocolate Chip. (When the Cornetto finally made it’s cameo in this movie, the audience I was with erupted in applause!)

“The World’s End” had a lot of surprises in store for me. I knew the basic premise, old school friends get together after 13 years to finish a pub crawl they failed at once before.  Their reunion is interrupted by otherworldly forces who have apparently taken over their small hometown. But, for the first time, Nick Frost is the most mature of the group, with Simon Pegg being the least.  This was a refreshing change from previous team ups.  Simon Pegg’s character brings an extra level of sadness and desperation that we also haven’t seen in his other films.

For me, this wasn’t a bad thing, and actually made the movie more enjoyable, although I can see some complaining that it dampened the humor at times. The fight scenes completely caught me off guard.  The brawls in this movie rival most action movies. Instead of incessant shaky-cam and quick-cuts we are treated to some faux-single shot group fights with Jackie Chan-Esque choreography. In fact, there’s a nice homage to “Legend of Drunken Master” in one battle.  Seriously, the fights in this movie are a lot of fun. Finally the movie had a wonderful epilogue that I wasn’t expecting, but thoroughly enjoyed. 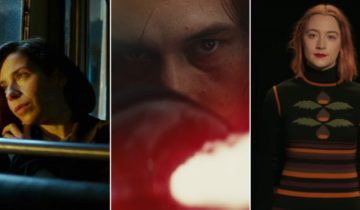