Finally Marvel has made a bad-ass movie out of one of their lamest characters. While he is the most recognizable character in the Marvel universe he has never been a fan favorite, and after a weak introduction in “Captain America: The First Avenger” the studio has finally struck gold. They have given us a kick-ass espionage thriller disguised as a comic book adaptation.

Of course Samuel L. Jackson (Nick Fury), Scarlett Johansson(Black Widow) and Chris Evans (Captain America) reprise their roles from previous entries into the Cinematic Universe, and they are cooler than ever. I especially liked what they did with ScarJo’s character’s look (the longer hair is a lot sexier). Fury and Widow didn’t really have to play second fiddle this time around as they both had crucial parts, and kick-ass action scenes (nice to see Sammy L. get in on the action).

As a whole all the acting was spot on, but , as I usually gripe, Chris Evans’ version of Captain America is just a little cheesy (or hammy). There is something a little off about it like he is always giving a performance as that character instead of just being that character. Sebastian Stan proved to me that his awfulness in the first one was just a fluke, and he had one of the better villains in the MCU (Marvel Cinematic Universe). Anthony Mackie and Frank Grillo were welcome additions as Sam Wilson (The Falcon) and Brock Rumlow (soon to be Crossbones), and they both brought a brutal human element to this super hero tale. Rounding out the main cast was Robert Redford who I was worried wouldn’t be given material worth his talents, but I was mistaken. While this isn’t a stellar performance it is still a Redford performance, and he played a convincing superior to Fury.

One area where I felt things were a little light was the writing/development. At over 2 hours long this is one of Marvel’s longest films ,but they spent so much time on flashbacks and reminiscing that they under-developed a few areas. Emily VanCamp plays Agent 13 in this, but who is Agent 13? I couldn’t tell you. They never explain anything about her. On top of that there is this huge overarching conspiracy happening, but they never fully bring the audience to the realization of just what that means. We know a certain evil agency has been doing shady things inside of S.H.I.E.L.D., but we are never really shown everything they had their hands in.

There was a lot happening in this, but just not enough time to properly develope everything (like a scene where a “Captain America: The First Avenger” villain resurfaces for convenience of the plot). There is a great nod to an “Iron Man 2” character though, and that was enjoyable. Add to this the writers managed to sneak in a lot of Easter Eggs into the dialogue (including one about a certain sorcerer everyone wants to see on the big screen), and you have a well written but not fully fleshed out story.

The action was above and beyond anything we’ve seen before in a Marvel flick. While the directors chose, for whatever reason, to go with shaky camera style of action, which I will ALWAYS be against, they had their moments of clarity. When you could tell what was happening in the action scenes it was incredible, and the finale in this blows everything up to “The Avengers” away.

Despite the shaky camera and underdeveloped plot points this was one of Marvel’s best additions to the MCU. Anthony and Joe Russo have signed on to do “Captain America 3,” and after seeing this I know why Marvel was so antsy to lock them down. They took a lame ass character, and made him kick-ass by changing the tone. Instead of a cheesy pro-America story we got an incredible espionage conspiracy thriller that will rival, or best, almost anything similar you see this year. Must See. 4/5 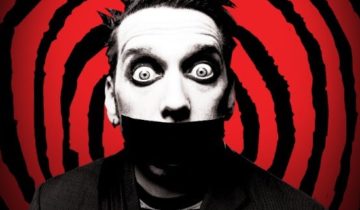