The plot of 99 Homes revolves around Dennis Nash’s quest to regain the home that he and his family were evicted from, which leads him to joining forces with Rick Carver, a man who is paid to evict families from their homes and engages in many lucrative illegal activities. Prior to losing his home, Nash was a regular, hard-working lower-middle class father trying to support his family, but thanks to a compelling character arc, audiences get to see just how far he is willing to go to support his family and live the American Dream. This, along with the various scenarios that display the wide array of emotions that families being evicted experience, perfectly captures the frustrations of middle-class Americans during the recent economic depression, which makes it relatable.

Thanks to sharp screenwriting, both Carver and Nash are engaging and understandable characters with equally effective motivations. Ramin Bahrani and Amir Naderi’s screenplay thrives off of the conflict between Nash and Carver. One of the best aspects of their work is that they do not allow their characters to escape the consequences of their actions, even when some of them are particularly haunting, such as those evident in the unrelentingly intense climax. The most surprising aspect of the screenplay, however, is that Rick Carver not only has several hilarious one-liners, but he, like the Joker in The Dark Knight, says so many insightful things about humanity and society that it is horrifying. How can such a flawed man be so right about others? The best quote of the film occurs when Carver tells Nash that, “America doesn’t bail out the losers. America was built by bailing out winners. By rigging a nation of the winners, for the winners, by the winners.” If that quote does not give you chills, what will? Here is the exciting clip from the film:

As in The Social Network, the emotional anchor that holds this film together is Andrew Garfield, who provides enough gravitas to make Dennis Nash worth rooting for, whether he is trying to make a profit through illegal activities or doing the right thing. Credit should also be given to Laura Dern, who portrays Lynn Nash, Dennis’ mom, and Noah Lomax, who portrays Connor Nash, for having strong chemistry as a family. If the audience does not care about the Nash’s then they do not care as much about Dennis’ motivation. Therefore, this further develops the heart of the film. Michael Shannon, who is known for portraying General Zod in Man of Steel, gives one of the greatest performances of his career as Rick Carver. Rather than ham it up or make him a one-dimensional villain, Shannon emotes convincingly enough to masterfully pull-off the scenes where Carver is a flawed human being, not a monster.

With Garfield and Shannon’s great performances dominating the screen, some other things get pushed to the background. 99 Homes’ greatest flaw is that in achieving the real-life aesthetic, the cinematography, set pieces, and lighting are underwhelming. That is not to say that the background, cinematography, and lighting are horrid, but they are not dynamic enough to do the performances and screenplay justice.

Also, there are several plot points that are unresolved. Many will take issue with the ending, which wisely avoids the wrap-up portion of the story. I, however, did not because the end of this story occurs when Dennis Nash’s character arc is completed. There are other plot points, such as the backstory of Connor Nash’s mother, which are mentioned, but left unexplained.

Despite these minor flaws, 99 Homes is a riveting drama with a relatable story, sharply-crafted screenplay, and great lead performances.

Here is the trailer for your consideration: 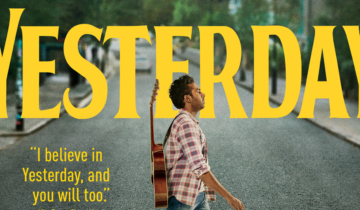