Million Dollar Arm Is the newest of Disney’s long line of inspirational sports dramas. It’s very cheesy but it has some really good moments that help balance it out. In the end, it feels like a really, really good Disney Channel Original Movie.

Based on a true story, Million Dollar Arm stars is about JB Bernstein (Jon Hamm), a sports agent struggling to keep his business from sinking.  Struggling to find and retain pro athletes to represent, He and his partner Aash (Aasif Mandvi) decide to set their sights on India. There they create a reality show-type contest to find cricket players with a good arm and convert their skills to American Baseball.

If you are a fan of the Mad Men series, I have the best news.  Our beloved Don Draper is in this movie. Really. Jon Hamm pretty much carries over his workaholic insensitive businessman character into Million Dollar Arm. I mean, it works for the story but sometimes it feels like a weird spinoff. (I admit my point of view might be a little skewed because I’ve been straight up binge-watching of Mad Men for the past 2 weeks. However, I still stand by my words)

The best part of the film is the time spent in India on the hunt for their star athletes. There they find Rinku and Dinesh (Suraj Sharma, Madhur Mittal) who win opportunity to train and try out for major league baseball. The crowds, beautiful scenery and the clash of cultures make it the most interesting part of the film. However, once they return to the states, the movie slips into, an enjoyable, but very predictable story.

Million Dollar arm is a good family film but I left feeling a little underwhelmed.  The story of perseverance and family, while touching at times, is simply standard. 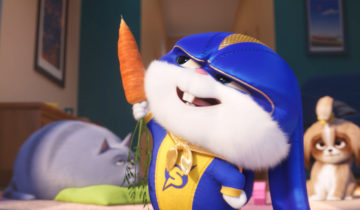