Third Eye Blind, celebrating the 20th anniversary of their self-titled debut album, performed the 1997 album front-to-back alongside selections from Dopamine and We Are Drugs in a 90 minute set. The nationwide tour marked the first time the band played their debut album in its entirety.

The San Francisco natives kicked off their set with “Weightless,” from which the tour gets its name — “summer gods got me screaming” — the high-energy song reflective of the tour’s summer vibes. “I gotta make sure we got the summer vibes,” said 3eb frontman Stephan Jenkins.

The band didn’t neglect the flip-side, following up the fresh track with original “How’s It Going to Be” B-side “Horror Show” and “Shipboard Cook.” 3eb played Third Eye Blind in original album order, dropping “Losing a Whole Year,” “Narcolepsy,” “Semi-Charmed Life,” “Jumper,” “Graduate,” “How’s It Going to Be,” “Thanks a Lot,” and “Burning Man.”

“This is almost the very end of the Summer Gods tour and we don’t want it to end,” Jenkins told the crowd, slowing down with acoustic guitar strums. “Tomorrow night is it. This has been a really special tour for us because it’s the best we’ve ever played ever, I’m telling you.

“If you told me 20 years ago we’d be packing it out tonight in the 20th anniversary of this record, I’d have never believed you. This tour is kind of like a love letter of sorts,” Jenkins continued, calling the packed out Joint an intimate basement party. “I don’t like to look back, I like to live here, right now, our music is now, and that is solely, completely because of you guys.

“To really make it happen, it takes everybody. This is not something that usually happens in Vegas. You see, we’re not a DJ band. This is a motherfucking guitar rock band,” Jenkins shared to cheers. “But it takes everybody. All you need to know is we’re all in this thing together. There are no spectators at Third Eye Blind shows. We’ll make some motherfucking magic tonight.”

Interjecting only with Dopamine’s “Something in You” before finishing off with Third Eye Blind’s “London,” “I Want You,” “The Background,” and “Motorcycle Drive By,” the alternative rock band transported the audience to the ‘90s in the best way: most of the night’s you-know-the-words seminal nineties tracks are both reflective of the period and timeless, hailing from one of the strongest album debuts of all time. (At certified 6x Platinum, Third Eye Blind is the group’s best selling album.)

The Summer Gods tour concluded the following night, Sunday, July 23rd, at the band’s birthplace, the historic Greek Theatre in Berkley, California. Few bands continue to resonate as strongly as 3eb, and even fewer bands carry twenty-year-old tracks that are as fresh now as they were just before the dawn of the 21st century.

3eb’s most recent EP, We Are Drugs, hit iTunes’ top 5 alternative records in 2016. In 2017, the band released music videos for “Company of Strangers” and “Weightless.” The Joint at Hard Rock Casino & Hotel will next see performances from Slayer, Primus, and Bryson Tiller through August. Tickets. 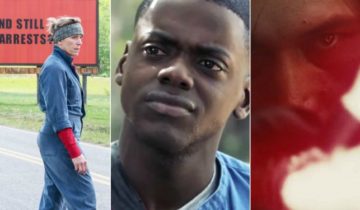