I don’t normally do ties but I genuinely could not decide between these two films. Deadpool 2 is a film that nearly everyone is excited about, as it has all the potential to be even better than it’s beloved original. With a supposedly, a supposedly more meta approach, fan-favorite characters such as Cabel and Domino appearing, a bigger budget, and one of the directors of the original John Wick to serve up some amazing action sequences – I’m beyond optimistic that Deadpool 2 will be great.

Black Panther is riding off the character’s fantastic debut in Captain America: Civil War and serves as an appetizer before another certain Marvel film in May. This would be enough to warrant it a spot on this list, but Ryan Coogler being the director gets me all the more excited for the film. Coogler not only directed acclaimed indie-drama Fruitvale Station back in 2013 but also Creed and made a deeply personal, moving, overall masterpiece out of it. All of this on top of the fact that we have a big-budget tentpole film with an almost entirely black cast. That’s a huge achievement for Marvel, and I hope the importance is recognized once the film is released in February.

I might be getting my hopes a little too high for this one, but I simply can’t help it. I’m an avid horror fan and absolutely adore the original Halloween. Most people roll their eyes at the idea of another film considering how bad some of the sequels were, and I was one of them! But after hearing that David Gordon Green, who has an astoundingly diverse resume on hand, promised that he would be starting fresh and disregarding the shitty sequels by making this a direct sequel to the original film – I was instantly hooked. With Jamie Lee Curtis returning to her iconic role as Laurie Strode and the plot being kept tightly under wraps, I’m genuinely ecstatic to see how this turns out.

I hate to use nostalgia as an excuse, but in the case of The Incredibles 2, it’s nearly impossible. The Incredibles is a film that I watched repeatedly when growing up and unlike most films from my childhood, it ages even better as I grow older and learn to appreciate the themes that it has to offer. Even with my nostalgia aside, I’m confident that Pixar will deliver a sequel that is well worth the wait and give another fantastic adventure with the beloved superfamily.

I do consider myself a fan of Wes Anderson, but he isn’t a director where any film he makes guarantees him a spot on this list each respective year. With that being said, Fantastic Mr. Fox is one of his best films and one of the finest animated films that we’ve gotten in many years. If he can deliver something that’s even half as good as that with Isle of Dogs, then we’re in for a real treat. Plus, I’m a simple man – I see a movie about animated dogs voiced by award-winning actors like Bryan Cranston and Jeff Goldblum and I’m there. You don’t need to sell me anymore.

Even if I wasn’t interested in films about politics and even if I didn’t think political satires have some of the best potential to strike for comedic gold, I’d still be excited for this due to Adam McKay being behind the camera after directing the incredible The Big Short. Christian Bale looks nearly unrecognizable in the role of Dick Cheney, and Sam Rockwell as George W. Bush is the type of perfect casting that I can hardly wait to see come to life this year. I’m not entirely sure how much of this will be a satire, but I’m incredibly curious to see how it turns out eitherway.

Aside from a certain Marvel film that comes out this Summer (how many more times can I allude to it?) this potentially has the most stellar cast of any film slated for release next year. From Daniel Kaluuya to Viola Davis to Liam Neeson to Robert Duvall, the talent in this thing is astounding. The film follows a group of Widows who have nothing in common except for a debt left behind by their late husbands’ criminal activities, as they band together and plan a heist. On top of all that, Steve McQueen is one of the most accomplished directors of this generation. I can’t wait to see what he does with this.

Whiplash and La La Land are two of my favorite films of all time, so I’m naturally and immediately interested to see what Ryan Gosling and Damien Chazelle can do with a Neil Armstrong biopic. On top of the two of them reteaming together, the supporting cast includes Claire Foy, Jon Bernthal, Pablo Schreiber, Corey Stoll, Kyle Chandler, and Jason Clarke. That’s one hell of a cast. This is destined to be an Oscar darling when the time comes, and I am stoked to see it.

An adaptation of James Baldwin’s classic novel, If Beale Street Could Talk is Barry Jenkins’ follow-up to Moonlight, which was one of the absolute best films of 2016 and an absolutely original masterpiece. The film follows a woman in Harlem as she desperately scrambles to prove the innocence of her fiancé for a crime he didn’t commit, all the while carrying their first child. Moonlight was one of the most humanistic, emotionally raw films I’ve seen in quite some time – if he can craft a film that even scratches the surface of how good that film was, then I’m confident that this may turn out to be one of the best films of the year.

It’s a Martin Scorsese directed film about Jimmy Hoffa. Do I have to say anything else? I could have just stopped at Scorsese’s name. Robert DeNiro reunites with Al Pacino AND Joe Pesci here, not to mention that Ray Romano, Harvey Keitel, Anna Paquin, Jesse Plemons, and Bobby Cannavale all make appearances. It’s insanely exciting to see Martin Scorsese making a film for Netflix, but even aside from seeing how the film turns out, this has potential to pave the way for the future of filmmaking at Netflix. What does it mean for their Oscar chances? What other acclaimed directors can they get? And most importantly, if they can talk Joe Pesci from getting off his couch, what can’t they do?

In what world is this not my most anticipated film of 2018? Aside from Star Wars: The Force Awakens, this might be the most anticipated film of my lifetime. A film that is literally ten years in the making, the culmination of several franchises and character storylines already established and balancing 50+ characters who are all nearly played by A-list actors. We’ve never seen anything like this before in the history of cinema. It has all the potential in the world to be a colossal failure and piss-off lifelong fans, but if Marvel and the Russo’s are able to pull this off, it will be one of the biggest cinematic achievements of all-time. As a lifelong fan of Marvel and these characters, I’m stoked to see their stories come together for a team-up that I’ve dreamed of since I was a kid. As a lover of film, I’m dying to see how this plays out in every regard. 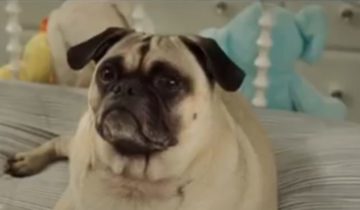