Tomb Raider is written by Geneva Robertson-Dworet and Alastair Siddons, directed by Roar Uthaug, and stars Alicia Vikander, Daniel Wu, Dominic West, and Walton Goggins. It tells the story of Lara Croft, who after her father’s disappearance, embarks on a perilous journey to his last-known destination — a fabled tomb on a mythical island that might be somewhere off the coast of Japan. The stakes couldn’t be higher as Lara must rely on her sharp mind, blind faith and a stubborn spirit to venture into the unknown.

Tomb Raider came out earlier this year and was surprisingly good, considering the disastrous video game movies we are usually treated too. It was fun, action-packed, and Vikander did a great job as Lara Croft. Now, we got our hands on the Blu-Ray recently, and here’s what we thought!

Tomb Raider is a pretty solid Blu-Ray. This release does come with a slipcover which is always a plus in my book, and while I would have liked more interesting or unique cover art, Alicia Vikander is such a cutie I can’t complain. The picture quality is expectedly crisp and sharp. The action scenes all look great in HD, and seeing Walton Goggins on my TV is never a bad thing. The special features are a great plus and include

Tomb Raider has a great presentation. It’s 1080p UHD 16×9 Widescreen 1:85:1 presentation is obviously better than the lower DVD presentation, and it’s great special features make it a worthwhile Blu-Ray. The training footage is a great addition, and while I would have liked to see a commentary by Vikander or Uthaug, the rest of the inclusions make up for that. So, while this isn’t a Blu-Ray to rush out to the stores to buy, but if you were a fan of the film, or at all interested in seeing it, I think the Tomb Raider Blu-Ray is worth picking up!

Tomb Raider is available on DVD, Blu-Ray, and Digital! 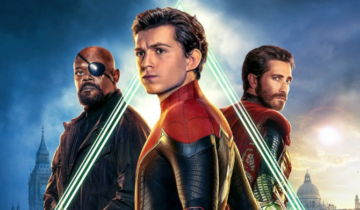