I cannot think of one funny thing to say about this movie.

The Nightingale is written and directed by Jennifer Kent and stars Aisling Franciosi, Baykali Ganambarr, Sam Claflin, Damon Herriman, and Ewen Leslie. It tells the story of  Clare, a young Irish convict woman, chases a British officer through the rugged Tasmanian wilderness, bent on revenge for a terrible act of violence he committed against her family. On the way, she enlists the services of an Aboriginal tracker named Billy, who is also marked by trauma from his own violence-filled past. The Babadook made a huge splash when it came out, not only because it was one of the best horror films in recent years, but because it introduced the world to a rising talent in Jennifer Kent. So, I was of course, very excited to check out The Nightingale, and was surprised to see how shockingly different it actually was from her first film. The Nightingale is in a word, brutal. It is dark, violent, unforgiving and frustrating. It showcasing some of the best filmmaking of the year and proves Kent as a force to be reckoned with behind the camera. As long as you can stomach it.

Kent is a very talented director and knocks it out of the park here. She showcases so much restraint, yet at the same time is unflinching and raw. She does not sugarcoat anything and is not afraid to subject the audience to some very disturbing sequences. It doesn’t feel like Kent is telling this story out of a labor of love, rather a responsibility or an obligation. Her script, while a bit simplistic, is executed wonderfully. The only real issue I have the film is that it feels like it’s ending many times and goes on for much longer. That’s not to say the ending is bad, quite the contrary. Once we come to the end of this harrowing journey we’re treated to a deeply satisfying and moving conclusion. This story is not a forgiving one and will more than likely upset and disturb many audiences. Quite a few people walked out of it, but if you stay, you’ll see a master at work.

The entire cast does a great job as well. Aisling Franciosi delivers and incredibly moving pefromance, showcasing a wide range of emotion in her character. She is able to convay pure rage and pure anguish wonderfully. She truly goes through a brutal and traumatic arch and you believe every second of it. Baykali Ganambarr also does a great job, and in many ways adds a lot to the film. He’s reserved and darkly funny, but also communicates a great amount of heart and care. One particular sequence almost had me in tears. Sam Claflin is absolutely insidious and does a great job being the absolute worst. He’s a very talented actor and I just hope his next role is someone a bit nicer. Ewen Leslie also does a great job playing this truly awful man. While maybe not the most enjoyable characters to watch, their performances are very strong. All in all, the cast does a great job.

Technically, The Nightingale actually has quite a bit to offer. The cinematography is very beautiful and we’re given a lot great, but disturbing images to look at. The editing is sharp and precise and the sound design is wonderful. We’re given many great dream sequences in the film, which served as the only thing reminiscent of The Babadook, and they add a great bit of atmosphere to the film. They’re remarkably executed and added greatly to the film. I know review has largely been overwhelmingly positive, but this is not a perfect film. It does go on for a bit too long, and while it doesn’t necessarily lose focus in the third act, it loses momentum. The third act is a bit of a drag, but everything else is so well done that it more than redeems itself.

In short, The Nightingale is an expertly crafted film that tells a truly brutal story. 4/5 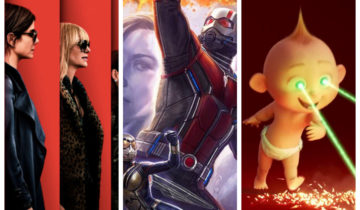