Sand off and tears out 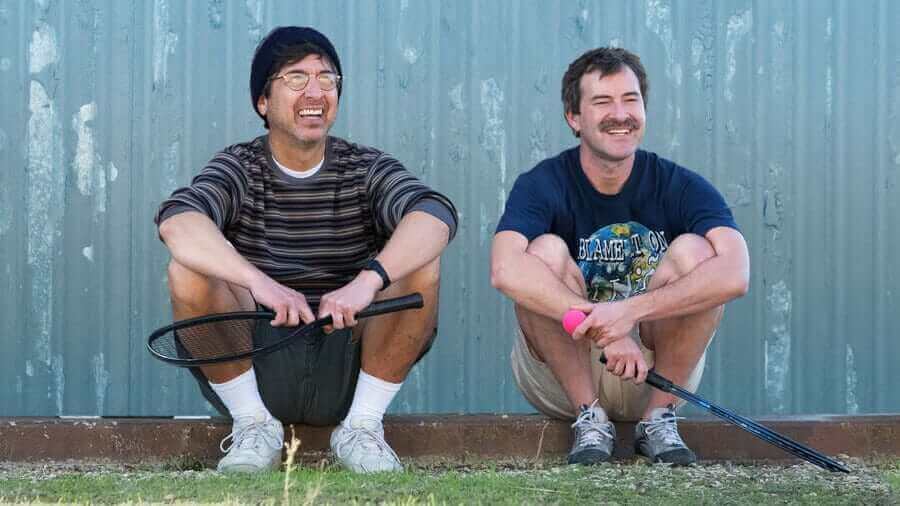 Paddleton is directed by Alex Lehmann, written by Alex Lehmann and Mark Duplass, and stars Mark Duplass and Ray Romano. It tells the story of an unlikely bromance between two misfit neighbors that becomes an unexpectedly emotional journey when one of them is diagnosed with terminal cancer. Suddenly facing their mortality, the two friends, who spend their free time playing a game they made up called Paddleton, decide to go on a trip to get medication for Michael to use to end his life. I’m a huge fan The Duplass Brothers so I’ll pretty much see anything with their names attached and oh boy and I glad I saw this one. Paddleton is a deeply moving and hilarious dramedy with astonishing performances from its two leads. 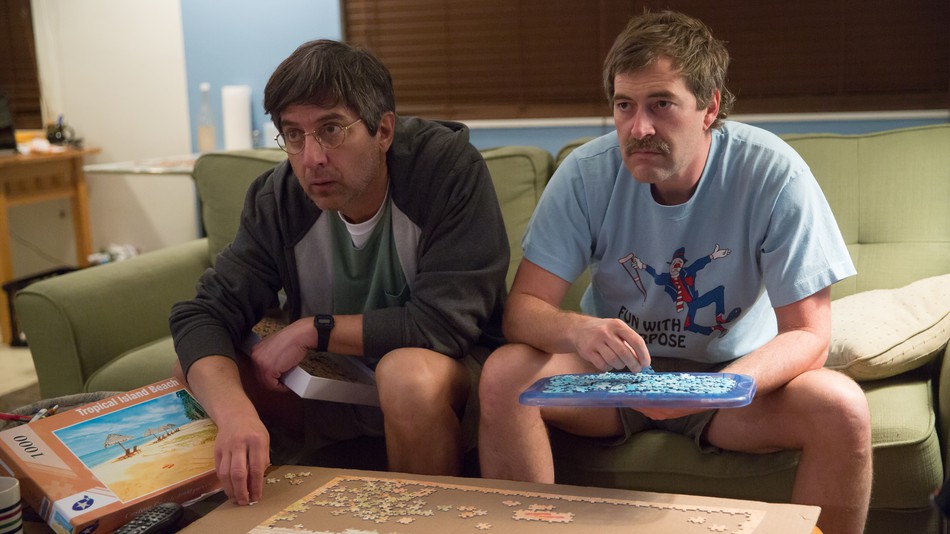 Alex Lehmann is directing here and he knocks it out of the park.  This film is almost entirely improv and you cannot tell for a second. Lehmann does such a wonderful job establishing these characters and their relationship and really makes them feel like real people. He brings such an energy and personal touch to the film that you can’t help but fall in love with it. He is gentle and sweet and unflinchingly offbeat. His approach is quiet and sneaks up on you. Paddleton doesn’t reveal itself at first, it slowly shows you what it is and by the time you find out, you’ll be sobbing. It pulls off the balancing act of being deeply moving, while also being incredibly personal and authentic. Alex Lehmann is two for two as far as I’m concerned and has made a fan out of me.

Alright, no more messing around. Let’s talk about the big boy himself. Protect Ray Romano at all costs. He is spectacular in this, almost to the point where I’m reflecting on my opinion of other performances this year. He is not acting. Romano grabs your heart and does not let go. His performance is heart-shattering and you can’t help but fall in love with his character. I just want to give him a big old hug and never let go. He is endlessly sweet and overwhelmingly raw. I know he probably won’t, and I know I say this a lot, but I sincerely hope he gets an Oscar Nomination for this. Mark Duplass also does a wonderful job here, playing a very different character. He is genuine and heartbreaking. He is able to make a very heavy character likable and completely believable. I’m in awe of these two men. There are other characters in the film, but these two boys are all I can talk about.

On a technical level, Paddleton does a very good job. The cinematography is fluid and alive. It gives the film an almost voyeuristic quality and you really feel like you’re there with the characters. Whether it be in the car, at the hospital, or in the apartment, you’re there with the characters, no matter how uncomfortable it gets. The score, while expectedly indie, does a great job capturing the melancholy tone of the film. All in all, everything on a technical level is very well done, even if they don’t do anything too remarkable. This is really a film to see for the performances.

So, as you can tell, I loved Paddleton. It’s tremendously genuine and remarkable emotional. 4.5/5