One of my favorite pleasures of film festivals is walking in completely blind to films that will absolutely grab hold of you from the moment they start. Like most films at Sundance this year, Coming Home in the Dark had no trailers (that I saw at least) or word of mouth behind it since it had never shown to an audience prior to this past weekend. The film opens with a family of four on a road trip vacation. The film starts off so simple and quiet, but almost immediately there’s an unnerving sense of just how quiet everything is. Director James Ashcroft establishes from some of the opening moments that the film has a commanding visual style, and it only gets more tense and expertly crafted the further it goes on. His direction is what makes the film something truly special.

I’ll refrain from revealing too much about the plot, because a big part of why I loved this film so much is due to the unexpected twists and turns that the film took throughout the entirety of its runtime. Most films play their cards a little too quickly, but the wonderful thing about this film is that it has so many cards up its sleeve. I’ll simply say that the film does remind me of Funny Games, in the way that it surrounds two people tormenting a family for a majority of its runtime. But it also has somewhat of a larger scale than that film, and takes even larger turns in my opinion. 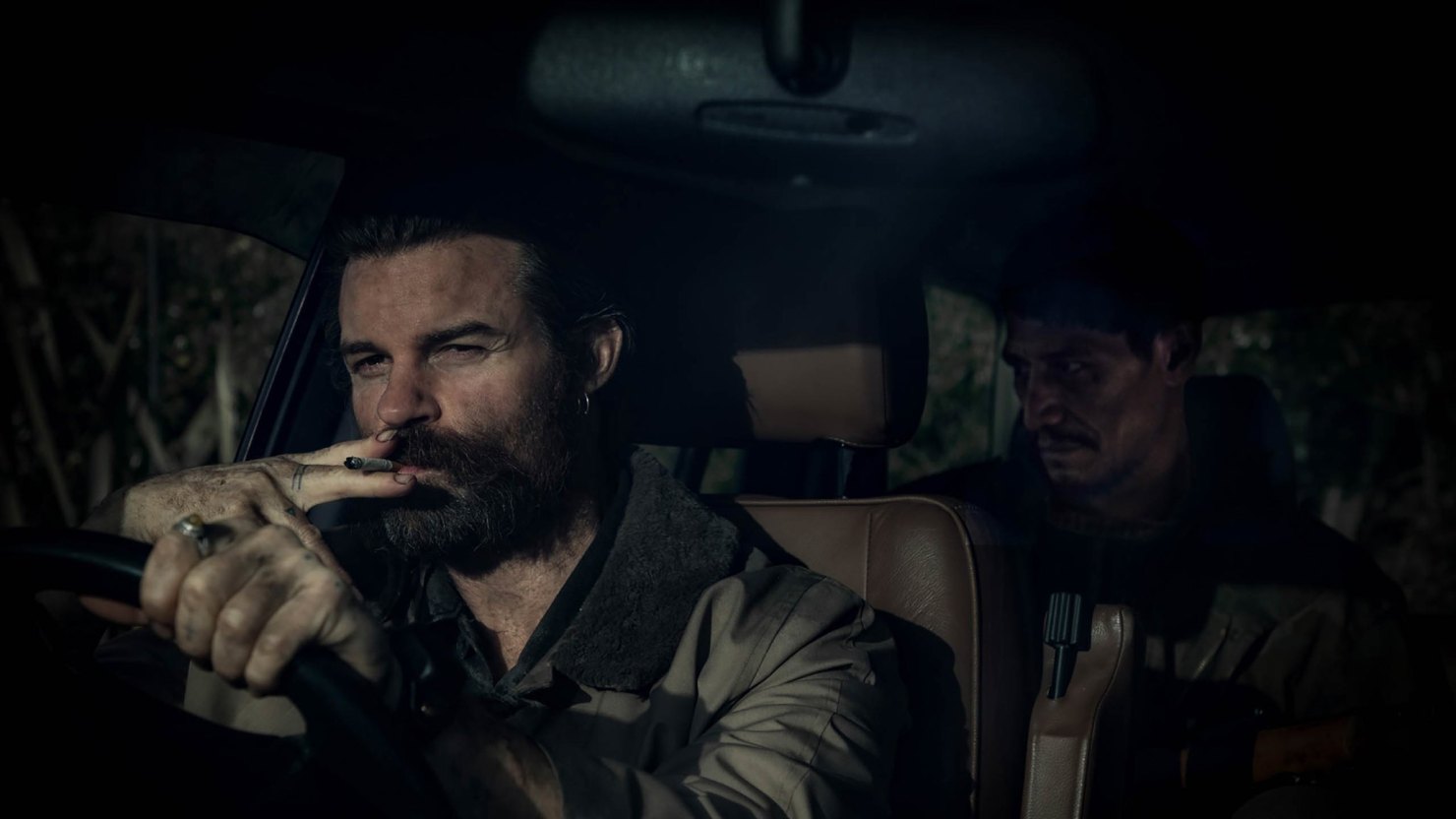 My only real complaint with the film is the motive of the antagonists. I know we aren’t necessarily supposed to root for them, but I didn’t really care for the explanation as to “why” they’re doing what they’re doing. I’m also at a crossroads with this complaint, as the other characters tell them as much once it’s revealed what happened. But I think a lot of this is absolved by just how entertaining and non-stop thrilling the film is. If I can circle it back to any one thing, it all just lies in the direction and style of director James Ashcroft. The cinematography, writing, and especially the performances are all exquisite and add to the dread and tension from start to finish – but it’s Ashcroft’s ability to make all these things feel elevated in the films bleak and brutal style that will make him a household name after this releases.