The New Mutants feels like a true relic of the past, mostly because it sort-of is one. Filmed in 2017, edited to pieces, and pushed back to the end of eternity – it is kind of hilarious that it is the first big-budget release since theaters have reopened. Despite all these delays, I have held onto hope that Fox’s last final outing with the X-Men would somehow be, dare I say.. good? I may sound like someone who never learned their lesson from Dark Phoenix or 2015’s Fantastic Four (or any of the Fantastic Four’s for the matter) but considering Disney ultimately gave director Josh Boone creative control on the final cut – I have been intrigued.

The film follows five young mutants who are locked in a mysterious facility together. Dr. Reyes (Alice Braga) insists that they are safe, and are simply being monitored and taught methods on how to control their abilities. But as weirder occurrences happen around the facility, the teens begin to suspect that not everything is as it seems. Some of these teens are comic-famous mutants such as Magik (Anya-Taylor Joy), Wolfsbane (Maisie Williams), Mirage (Blu Hunt), Cannonball (Charlie Heaton), and Sunspot (Henry Zaga). This clearly isn’t a traditionally clean and experienced set of mutants that would appear at Professor Xavier’s school; they’re young and vulnerable, which happens to make them all the more dangerous. 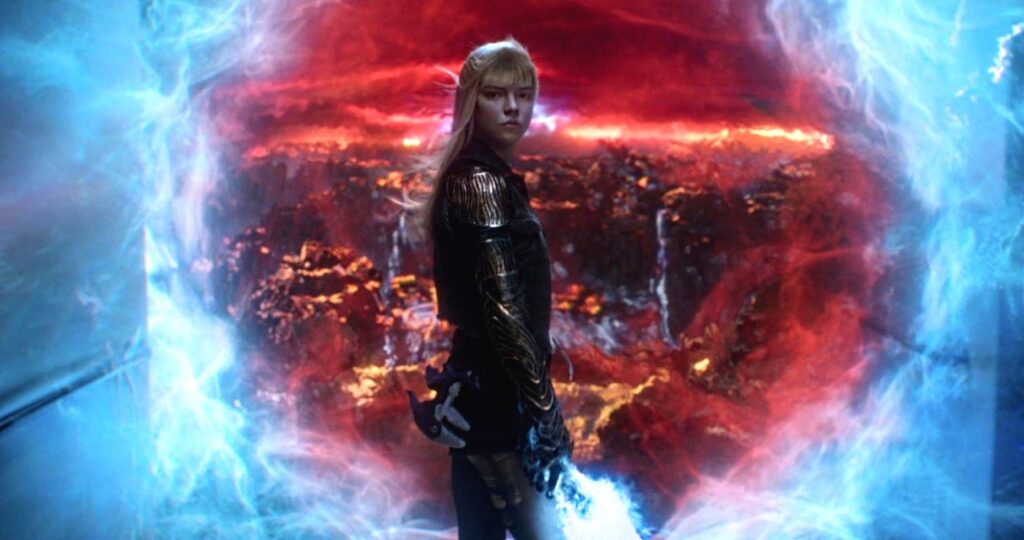 One of the most compelling aspects of this film is how it understands mutants. Plenty of arguments could be made against how the characters, in particular, aren’t exactly comic-accurate, but Boone understands what makes mutants stand apart from other superheroes. Since the earliest publications, they have been very clear metaphors and featured themes for racism, sexism, sexuality, etc. Not only do I think this film has an interesting and solid handle on these themes, but it explores them in interesting ways that make me wish the film wasn’t a slight 90-minutes. I genuinely believe if the film was given more time to breathe and get to know the characters on a deeper level, it could have turned into something truly special that stands out from the crowd of superhero flicks.

All of the performances are legitimately solid. Blu Hunt leads the film as Dani Moonstar, and considering it’s her first role in *any* film, she does a tremendous job. But it’s largely an ensemble, where the likes of which Charlie Heaton, Henry Zaga, and Maisie Williams all turn in solid performances and form genuine chemistry and banter with one another. Anya-Taylor Joy was hands down the sean-stealer for me, however. She’s so good in this that it makes me a little upset that it is likely a one-off because I’d love to see her give another go at playing Magik in a future film.

Josh Boone described this as a horror movie, and while there are certainly unsettling creatures and imagery featured in the film, you can’t help but notice some bumpy editing around parts that were likely intended to be scarier than they were. It simply feels restrained for a film that could’ve been all the more interesting if it didn’t feel like such a bumpy journey to get to the best moments. For all the moments of genuine intrigue, excitement, interesting visuals, and compelling characters – it has an equal amount of subpar writing, rushed pacing, choppy editing, and sometimes weak visuals. It’s somewhat of a mixed bag of a film, although an interesting and largely entertaining one.

I recommend the film with the caveat that it’s a mess at times. But if you’re a fan of Marvel comics and even more specifically X-Men/Mutant lore, you might find stuff to admire here.
3/5.