Home›Movies›REVIEW – The Many Saints of Newark
Movies

In what seems like accidentally perfect timing after everyone binged The Sopranos during the pandemic, The Many Saints of Newark arrives roughly fourteen-years after the divisive finale aired on HBO. A lot of the marketing for this film has promised that you’d learn who “made” Tony Soprano and show just how he rose in the ranks of this lifestyle – but much like The Sopranos wasn’t just a gangster show, The Many Saints of Newark isn’t *just* an origin story to connect the dots.

The film begins in the 1960s and extends into the 1970s throughout the civil unrest during those times, depicting just how wild these days were after only hearing about them briefly in the series itself. Also like the original series, it’s largely an ensemble but Dickie Moltisanti (Alessandro Nivola), Tony Soprano’s uncle, is mostly the lead of the film. Throughout you see characters you know from the series like Uncle Junior (Corey Stoll), Paulie (Billy Magnussen) and more! But the real standouts here are Vera Farmiga as Livia Soprano and, of course, Michael Gandolfini playing the role that his own father made iconic – Tony Soprano. 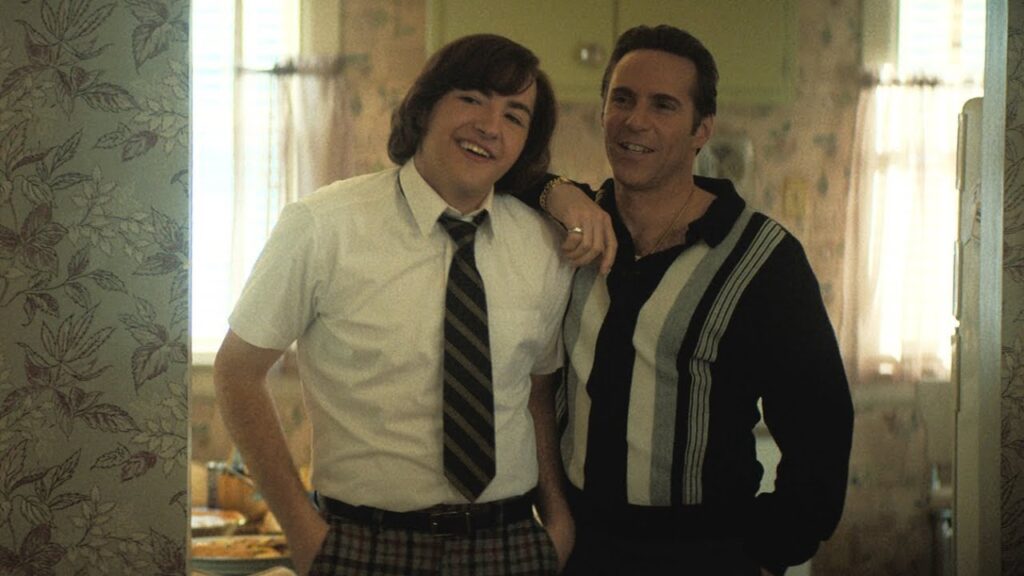 One of the most intriguing aspects of this film is how it doesn’t just try to tell you an origin story for Tony and the gang, but it delicately unwraps the political and social climate of this time period and gets you properly invested in this particular story. One of the ways the film really grabs hold of you is through the lens of Harold McBrayer (Leslie Odom Jr.) and his rise to rivaling our leads. The way the script builds up feels natural and by the time things pop off, it is truly exciting. It also helps that Odom Jr. gives a tremendous performance here as well.

My only real gripe here is that it does feel a bit rushed by the end. And I know these are the same complaints given to the actual Sopranos finale, but as someone who thinks that is one of the finest finales in television history, I don’t quite mean the same thing here. It all just feels very abrupt and not necessarily in a way that is purposefully ambiguous. However, the rest of the movie works really, really well and is full to the brim with smart writing, good character work, and wonderful performances; truly finding a great balance of being for hardcore fans of the show and people who have never watched before.