Home›Movies›REVIEW — “The Edge of Seventeen”
Movies

I graduated High School recently this year. My final year was nowhere near as awkward and painful as my first or second. I was never bullied, but I could feel the awkwardness leaving the body in every social interaction I found myself in. I’ve been to parties where I was standing in the corner by myself or tagging along closely behind my friends, wondering why I couldn’t work up the courage to have fun and meet new people. I’ve been in a position where I’ve only had a handful of friends that I spent everyday with, and felt like they were all slipping away from me. To make it simple – I was a teenager. Being a teenager means I remember how deeply you feel everything at that certain period in your life. You feel like the world is crumbling down all around you, but in reality, its only just beginning.

From The Spectacular Now to The Kings of Summer to Boyhood, Hollywood has proven that they can nail coming-of-age films. John Hughes was not the “end-all, be-all” of the genre. However, I don’t know if I’ve seen a studio-produced film quite capture the spirit of modern day youth, the way that teenagers genuinely communicate, and what its like to be an awkward loner as well as The Edge of Seventeen does in many, many years. The film follows Nadine (Hailee Steinfeld) who is struggling in basically every aspect of her life. She’s grieving the death of her late father, she doesn’t have the best relationship with her mother (Kyra Sedgwick), she constantly feels jealous of her older brother Darian (Blake Jenner), is detached from everyone else her age… and if that all wasn’t enough, after a drunken party, she wakes up to find that her best friend Krista has slept with her older brother. This puts an obvious dent in their friendship, sending her into a downward spiral of self-destruction and self-loathing.

The Edge of Seventeen is very much a film where the concept can look shaky on paper, but writer/director Kelly Fremon Craig both directs this and writes this to absolute perfection. From the opening sequence, the film establishes a very real and twisted sense of humor that nails the thought process of anyone who has ever been in high school. The film takes a very specific approach to how it deals with serious subject matter like depression, anxiety, and grief – but genuinely makes it funny and relatable, without ever offending anyone who has dealt with those things. As I said before, the film just does a wonderful job at making you feel the weight of the world that is on Nadine’s shoulders. Her character is developed steadily and perfectly throughout, and Hailee Steinfeld brings Nadine to life in one of the best performances I’ve seen this year. She exhibits all of her mannerisms and subtleties perfectly, genuinely making her feel like a real-life high school student.

Blake Jenner, Haley Lu Richardson, and Kyra Sedgwick are all great in their roles as the people in Nadine’s life who cause her the most stress. The film does a good deed by never making them one-dimensional or too much of a foil for Nadine to use. They genuinely feel like real people, which is what makes all of the situations tougher to swallow. One of the highlights of the supporting cast is Hayden Szeto, who plays Erwin, a fellow classmate of Nadine. They start a relationship at the beginning of the film, and it slowly builds up into something very realistic and delightful to watch. However, the best supporting actor here is easily Woody Harrelson, who plays Nadine’s teacher. She comes into his classroom several times throughout the film to vent about her issues, just to get a sarcastic comment in return or some tough love. The film does a great job at slowly building up the character, and their relationship pays off perfectly towards the end without ever getting too sappy or unrealistic. Harrelson absolutely killed it here.

No matter how good coming-of-age films are, I usually always end these reviews by saying that they are either too predictable or too tidily wrap things up or have moments of cold, calculated, “this was totally written by a 40yr!”-isms… but in the case of The Edge of Seventeen, I honestly have little to no complaints. I’m not saying that the film is a masterpiece by any means, but it’s the coming-of-age film that I feel like I’ve been waiting for since I started High School. It’s the kind of film that took me through a trip of nostalgia throughout all the highs and lows of my life, and made me happy that I’m no longer that vulnerable to life’s unexpected curveballs. When the film is funny, its absolutely hysterical. When it’s sad, it hits a home run around your heart. When it’s entertaining, it’s some of the most fun you’ll have watching a film this year. This film is simply the entire package and a classic in the making. I absolutely adored it. 4.5/5.

REVIEW — "Fantastic Beasts and Where to Find Them" 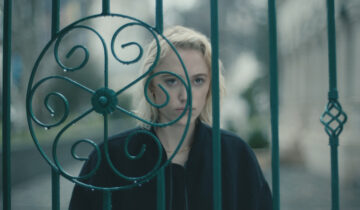