Despite its pacing and editing issues, Francis Lawrence’s The Hunger Games: Mockingjay – Part 2 is a dark and deeply satisfying conclusion for fans who are more invested in the characters and storyline of The Hunger Games Franchise. 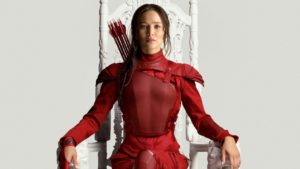 The Hunger Games: Mockingjay – Part 2 is not an action-packed blockbuster finale a la Harry Potter and the Deathly Hallows: Part 2. While the action sequences that are in this film are intense and well-staged, this is more of a war psychodrama than an action blockbuster. If you are expecting the latter, you will be sorely disappointed with this finale. Although the first two acts provide essential character and plot development, many causal moviegoers will be frustrated with the amount of screentime that the character spend talking about their problems as opposed to fighting in a series of unrelenting and diverting action sequences a la Marvel’s The Avengers. While I admire that this film embraces the darkness of its subject matter, at least one or two short action sequences may have alleviated the several lulls in pacing, which keep this film from being the best entry of the franchise.

Another issue with the first two acts is that there are two jump cuts that look smooth, but are too disjointed. In a scene that lasts less than a few minutes, Katniss and Gale discuss the nature of a trap that is pivotal to the plot just before it suddenly cuts away to the Capitol. This haphazard transition makes the viewer feel like there are aspects of the conversation that are missing. Also, there is a cut from Katniss saying that she will do whatever President Coin wants her to do to attending Finnick’s wedding, which is problematic because the first shot of Finnick in this film is of him getting married to Annie. Without setting up this scene, it initially feels out of place.

As a fan of Suzanne Collin’s The Hunger Games Trilogy, I knew what to expect from this film, however, there are several major changes that screenwriters Peter Craig and Danny Strong made that helped quicken the pace of the first two acts. In the novel, Katniss is in the hospital much longer after the incident in District 2 and forced to rehabilitate herself in order to become a soldier in the invasion of the Captiol. In trimming these storylines, the screentime of Jena Malone’s Johanna is considerably reduced, but the audience is spared any montages or rushed sequences. Also, Katniss does not spend as much time in a hospital bed or crying in this installment as in The Hunger Games: Mockingjay – Part 1, which makes this film feel more energetic.

Where The Hunger Games: Mockingjay – Part 2 excels is in its final act, which include the epic invasion into the Capitol and memorable aftermath. During the invasion of the Captiol, Katniss, Gale, Peeta, Boggs, Castor, Pollux, and others struggle to survive the various pods, which are booby traps a la those used in the various Hunger Games arenas, and Peeta’s unstable and tortured mind, which sometimes turns him into a weapon against Katniss. The final three acts are greatly helped by Josh Hutcherson’s excellent performance, which captures both the altruism and internal conflict within Peeta so well that audiences feel pity for his plight. For those who complained that Peeta was too simple of a character, he undergoes his most complex journey yet in this final installment. Also, Jennifer Lawrence gives the most mature and powerful performance as Katniss in that she provides great emotive expressions in every frame of this film. Her magnetic performance grounds this film in reality and keeps the film engaging even when it otherwise would not be.

Also, during the epic invasion into the Capitol, Francis Lawrence expertly stages two major action sequences, which are pulse-pounding, and provide both spectacle and strong character moments. Surprisingly, each character that dies, no matter how small their role actually is in the film, is pitiable and has a dramatic impact. This is due to the solid performances from supporting actors which I cannot name without spoiling which characters die. Also, there is one extended action sequence involving Mutts in an underground tunnel, Peacekeepers, and pods, which is the most exhilarating blockbuster action sequence of this film. Because most of the rest of the film is somber and slower paced, this actions sequence is even more effective than it would have been in a swiftly paced film.

When Katniss reaches President Snow’s mansion, Francis Lawrence utilizes strategically framed shots, lingering on the deaths of innocent civilians in order to convey the hellish nature of warfare. There is an unforgettable character death, which leaves the audience in tears. Lawrence’s performance is elevated after this death thanks to her ability to restrain her anguished grief and then unleash it full throttle in one great sequence, which is one of the best acted scenes of this franchise.

The final act is well-paced and keeps the focus on the critical decisions that Katniss is forced to make as the future of  Panem is hangs in the balance. Each scene involving these decisions are well-directed and tense. However, the best sequence of these occurs when Katniss must remember who the real enemy is and shoot an arrow throw them. It is worth noting that James Newton Howard’s score music, Jennifer Lawrence’s performance, and Francis Lawrence’s direction are flawless in this pivotal sequence.

As for the conclusion, like all movies about warfare, this film provides a bittersweet ending for the heroes that survive. Thankfully, the final ten minutes provide the audience with a cathartic conclusion to the series that is hopeful, heartfelt, and more optimistic than the rest of the film. 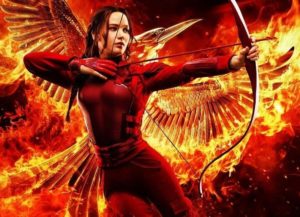 Despite its pacing and editing issues, Francis Lawrence’s The Hunger Games: Mockingjay – Part 2 is a dark and deeply satisfying conclusion for fans who are more invested in the characters and storyline of The Hunger Games Franchise.

Are you stoked for The Hunger Games: Mockingjay – Part 2?

REVIEW — "The Night Before"

REVIEW — "Secret in Their Eyes"