Let’s just hope A Star Is Born is good. The Greatest Showman is an original musical directed by directed by Michael Gracey, written by Jenny Bicks and Bill Condon and stars Hugh Jackman, Zac Efron, Michelle Williams, Rebecca Ferguson, and Zendaya. It tells the story of how P. T. Barnum started the Barnum & Bailey Circus and the lives of its attractions. This had all the ingredients of something I would love. I’m a huge fan of musicals so it already had my interest. Then I learned of the talent behind it and I was sold. I’m a huge fan of Hugh Jackman, Pasek and Paul, and the guys behind La La Land, so I knew this was something to see. So with everything going for it, I went into this fairly optimistic, and came out very disappointed. The Greatest Showman is a big shiny mess. The passionate performance from Jackman and the visible effort put in by the cast can’t make up for the bland and generic music, uninspiring sequences and the tone-deaf plot. I’m so sorry, I was so ready to love this, but I really can’t stand it.

Michael Gracey is directing here and it’s clear it’s his first time. Nothing about The Greatest Showman is too special or inspiring. Much of the plot is done through montage and none of the musical sequences are impressive or even entertaining. It’s just all so underwhelming. This is billing itself a big, grand, magical musical and nothing about it is big, grand or magical. There are very few takes longer than 20 seconds and it all feels painfully safe. The story is rushed and to call the plot cliche is an understatement. I don’t want to sit here and tear this apart, but it’s just not very good. It doesn’t work as a film and fails at being a musical. I’m not sure if that’s all Gracey’s fault, but this is so bland. Jenny Bicks and Bill Condon penned the script and they’ve really wasted the potential it had. They squander their great source material, instead writing a cookie cutter, studio-mandated, uninspired film with no edge or inspiration. Now, while I could sit here and tear apart their script, let me move onto the music. Pasek and Paul are very skilled lyricists. I am a die-hard fan of both La La Land and Dear Evan Hansen and their work here is a huge flop. The music is simply awful. It all sounds like the same song and I feel as if it could all be played on the radio. It’s generic, overly produced garbage. I really can’t stand it. You can call me snooty or stuck up, but what a big waste of potential. I couldn’t tell you the names of any of the songs, and aside from one sequence near the end, it’s all unimpressive.

I feel sorry for the cast. They’re all great in their own right, but their efforts are wasted here. Hugh Jackman has been trying to get this made for years and this all is really sitting on his shoulders. If this were the Star Wars Prequels, he’d be Ewan Mcgregor. If they let him actually sing and dance, he could have done a great job. Zac Effron is also clearly trying here, but they don’t let him do everything. This is so overly edited and produced, we don’t really get to see anyone’s talent showcased. I can’t blame them for this. If they got to actually sing, dance and act, this could have been something special. What a massive waste of potential. 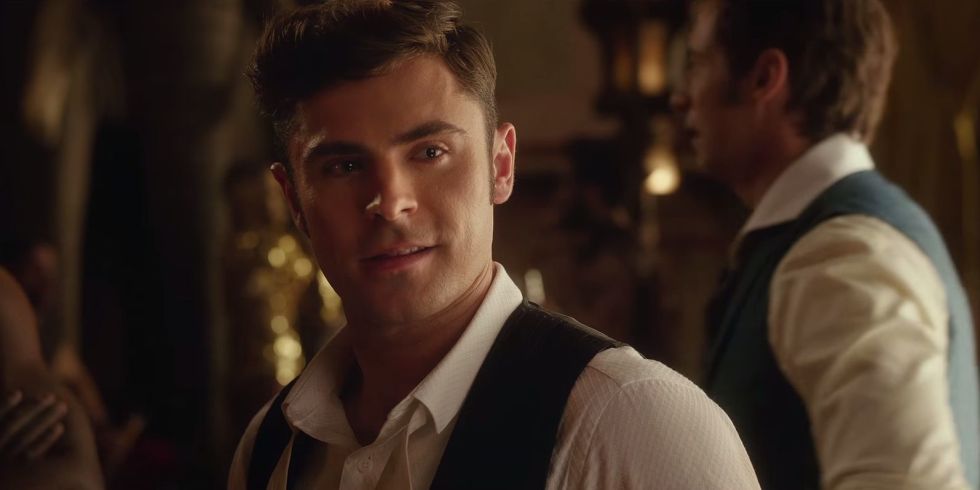 On a technical level, The Greatest Showman is super underwhelming. There is a massive over reliance on CGI here and it all looks super glossy. The cinematography is uninspired and there are no impressive sequences. The choreography for the dance sequences is super basic and some of it looks like something high school would be doing. For a musical touting itself as a dazzling epic, there are no one take sequences, and basically every musical number is over edited. Now, while I do have a lot of issues with this, I can’t sit here and tear it apart. I know I’ve been very harsh but there is some enjoyment to be found here. The Greatest Showman is like oatmeal. It’s super bland and uninspired, and for a musical, that’s not enough for me. It’s a perfectly consumable and passable. But, this should have been so much more, and we shouldn’t praise passable. Since they want us to know the same people made it, let’s compare it to La La Land. While there are strong opinions on both sides, no one can deny that it’s a film made a filmmaker. This isn’t a film it’s a product, and it’s not made by a filmmaker, it’s made by a studio.

So, we’ve had a good time here. I’ve torn apart a movie most people will enjoy. I know it seems like it, but I didn’t hate it. I really don’t feel strongly about this at all. I’ve just seen it and I’m honestly forgetting it already. In short, The Greatest Showman is bland, forgettable, and disappointing. 1.5/5

REVIEW — "The Shape Of Water"