One of the biggest films that has been neglected in light of the Weinstein controversy is Alfonso Gomez-Rejon’s The Current War – a film that was completed and shown to festivals all the way back in 2017. Considering the track record of everyone involved, the film was assumed be to a definite hit among audiences and critics alike. However, its reception was largely negative and it didn’t help that the crisis for finding a proper release date for the film happened around the same time as the Weinstein scandal. So, The Current War has been sitting on a shelf for the last two years looking for a home, without much optimism that whenever do get to see the film, it would be any good or even remotely worth the wait… unless?

I haven’t quite seen a marketing campaign like the one that this film has before – in the sense that every trailer, commercial, and piece of marketing material for this cut is specifying that this has nothing to do with the cut that received poor reception back in 2017; many referring to that as The Weinstein Cut. You may notice if you go to the the theater this weekend, that this is labeled as The Director’s Cut. I, for one, would be interested to see the original product that was bashed by everyone back in 2017. Because this is either the most radically different, improved director’s cut that I’ve seen in my entire life or I’m just simply alone on thinking this is an incredibly well-made, admirably historically accurate, and energetically told film. 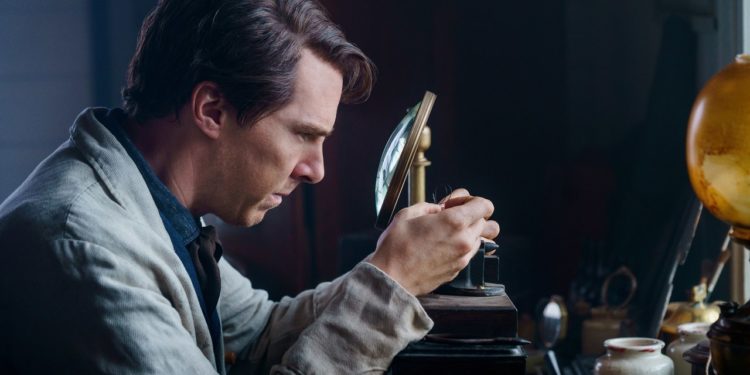 The film centers around the race between electricity titans Thomas Edison (Benedict Cumberbatch) and George Westinghouse (Michael Shannon) to determine which of the two has the superior electrical grid, and which has the power to revolutionize the world and power as we knew it.  Also featured in the film is Nikola Tesla (Nicholas Hoult), J.P. Morgan (Matthew Macfadyen) and Samuel Insull (Tom Holland). This could have easily been a snoozer (and as previously mentioned, it seems like the original cut of this film was) but instead, it moves at a cut-throat pace and makes this absolutely captivating without having to alter history or dramatize anything too much. Most of where I can credit the film being so insanely entertaining is within the performances. Cumberbatch and Shannon don’t share much screentime together, but you can feel the feud boiling even when they are many miles apart and spreading gossip against each other over tabloids. Each totally commits to their roles and make the feud deliciously entertaining to watch, albeit a bit sad considering they are both geniuses who could have helped each other.

Nicholas Hoult and Tom Holland are also really solid in this film. One minor nitpick that I have is that Tesla’s story is a bit shoe-horned in. I’m aware that it is history, but he doesn’t exactly come in very cleanly in terms of narrative. However, his performance as Tesla is pretty captivating and you find yourself rooting for a third member of this race pretty unexpectedly once he appears. Tom Holland has been really proving himself lately as an actor, and this film is no exception. He holds his own incredibly well in sequences with Benedict Cumberbatch and brings an interesting dynamic in their on-screen relationship.

The other big credit I have to give this film is Alfonso Gomez-Rejon’s direction. He made a favorite film of mine back in 2015 called Me and Earl and the Dying Girl, another film that is seemingly defied by its genre and roots but Rejon comes in and adds so much energy and style to it that it truly stands out. From the cut-throat editing to the incredible camera work to the impressive eye for balance when it comes to visuals and intimate moments with its characters, I thought this was a beautifully composed film. There are certainly some issues that are still valid in this cut – sometimes the dialogue feels slightly overwritten for the time in which it takes place, and the third act doesn’t feel *quite* as compelling as the first two acts do – but these are mostly minor flaws in what is an overall really solid, engaging, and fascinating film that I truly felt like I learned something from. 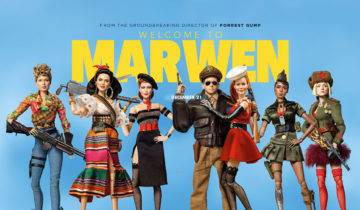