Director Robert Eggers made a splash on the film scene back in 2016 with his feature-debut The Witch, a film hailed by many to be one of the finest horror films of the 21st century thus far. One would be forgiven in thinking that The Lighthouse, in its eery black and white cinematography and creepy atmosphere and tone from the posters and trailers alone, is another horror film from Eggers. And while the film certainly has elements of horror and terror within it, it’s more of a psychological thriller and methodically paced film that even The Witch was. A lot of audiences will be turned off by this film from the get-go due to its strange dialogue, weird sense of humor, and odd and off-putting imagery – but its for all these reasons, and many others, that I found The Lighthouse to be absolutely captivating from start to finish. I truly haven’t been able to stop thinking about this film since I left the theater after seeing it last week.

The film follows the tale of two lighthouse keepers, Thomas (Willem Dafoe) and Winslow (Robert Pattinson), who are together on a mysterious and heavily isolated island in New England back in the 1890s. Things are strange between the two of them from the start – from the ever-changing banter between the two and passive-aggressiveness and strange confrontations, it’s clear that these two aren’t exactly friends who enjoy spending time together. But as the film progresses, and what’s real and isn’t starts to become more and more unclear – the film gets more and more tense until its final frame. 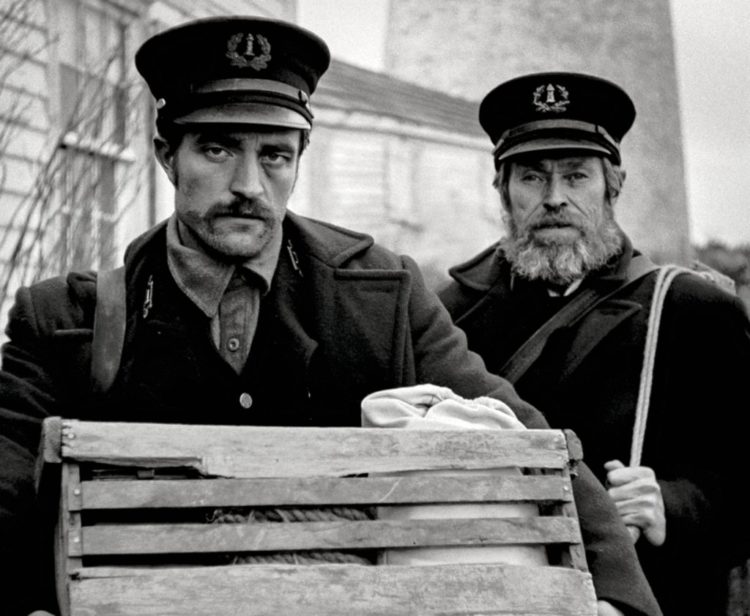 The first thing me and my friend did as soon as the film ended was look over at one another, saying “what?” in unison. I didn’t necessarily know how to feel about the film as soon as it was over. I knew at the very least I enjoyed watching it on a strictly surface level. On top of the stellar cinematography, haunting score, and just downright mesmerizing direction at hand – both Dafoe and Pattinson give two of the best performances of their career here and have the most strange and magnetic chemistry I’ve seen from two actors in quite some time. The way they act off of each other feels like a true balancing act of acting talents. They are both astounding performances in their own right, but they only work as well because they have the other to work off of. Context and relationships are key to a lot of what makes this film work.

There are many interpretations of how we should identify the meaning of this film, and while that will understandably frustrate many moviegoers who try to give this a chance,  I think that’s part of the beauty of it all. You can look at this film from many points of view – whether it be literal or metaphorical and symbolic. There’s so much to take away from this, and much to think about long after you leave the theater. Go into this film knowing as little as possible, and at the very least, you’ll be in for an experience that’st unlike anything you’ve seen in a while.