The wit is still razor sharp in this rare sequel that matches the comedic charm of the original.

Ted (Seth MacFarlane) is back.  Perhaps a bit wiser and older, but still the same snarky teddy bear we love.  The film opens on one of the happiest days of his life as he marries Tammi-Lynn (Jessica Barth), the woman he’s been dating since the last film.  After an extremely lighthearted and enjoyable broadway sequence over the opening titles, we are fast forwarded a year, and into the reality of a low-income, high-cost married life.  John (Mark Wahlberg) has been divorced for eighteen months, and Ted seems destined to follow the same path.  As everyone knows, the best way to save a marriage is to have a baby, so John and Ted begin a mission to make a father out of him.  A difficult task for an anatomically incorrect stuffed animal.  Their mission is sidelined when the legal nature of Ted’s existence is questioned by the government.  Is he a person or property? If deemed property, Ted will lose all legal rights, even his marriage would be annulled.  Fortunately they meet a kindred spirit in rookie lawyer Samantha (Amanda Seyfried)  but greater forces are at work behind the scenes which may be more than any of them can overcome.

Both written and directed by Seth MacFarlane, “Ted 2” isn’t coy about the parallels it is skewering.  If you are self aware, and capable of complex emotions, why should you be denied basic human rights?  The points made are both blunt and at times very insightful.   Commentaries about the rights of social, race, and sexual “minorities” are said in the most politically incorrect ways possible.  Everyone is fair game in MacFarlane’s comedies, which is actually part of their charm. He doesn’t even hold back against his own geeky love of pop-culture, ridiculing Star Trek, Star Wars, Cosplayers, and even the New York Comic Con.

Wait, why are we talking about social commentary undertones?  This is a raunchy comedy right??  Yes, it is.  Don’t fear, it’s actually very funny, with rapid fire one liners, and a handful of amazing cameos. There’s also a few jabs at the actors that are surprisingly accurate and hilarious. (There’s a “Lord of the Rings” gem in there that had us laughing far after the punchline.)

Anyone familiar with MacFarlane’s work should already know that he can be quite raunchy and distasteful at times.  If you are are easily offended, or closed minded, avoid “Ted 2.”  However, if you are up for a good time, open to equality, and realize that people can be loveable assholes, then you’ll have a great time with this stuffed bear. 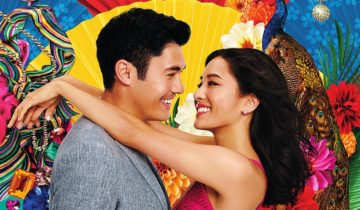