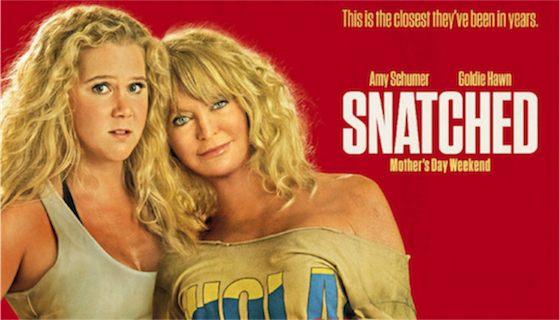 Snatched is written by Katie Dippold and directed by Jonathan Levine with a cast featuring Amy Schumer, Goldie Hawn, Joan Cusack, Ike Barinholtz, Wanda Syke, Christopher Meloni, Tom Bateman, and Óscar Jaenada. It tells the story of Emily, a spontaneous woman in her 30s, who persuades her ultra-cautious mom to accompany her on a vacation to Ecuador. At Emily’s insistence, the pair seeks out adventure, but suddenly find themselves kidnapped. When these two very different women are trapped on this wild journey, their bond as mother and daughter is tested and strengthened while they attempt to navigate the jungle and escape. Now, I’m not the biggest fan of Amy Schumer, but I don’t hate her with a passion like some do. I’m never really loved her stand-up but I ended up really enjoying Trainwreck so that, coupled with the fact that Jonathan Levine is a great comedic director, I found myself cautiously optimistic for Snatched. That being said, I can’t stay optimistic. Snatched has some truly funny scenes, mostly from its side characters, but those scenes aside it has little to offer and is often too loud and silly to garner any sort of enjoyment.

Snatched is directed by Jonathan Levine and he has proven himself to be a very talented comedic director. With smash hits like 50/50, Warm Bodies and most recently The Night Before I was very excited to see what he did with a project like this. How does he do? Unfortunately, not so good. Now, Levine has always been very skilled at blending hilarious comedy and serious drama and I don’t know what wrong here. The tonal shifts here are so jarring that I thought it was a joke when it first started happening. He is able to pull some good performances out of his very talented cast, but they can’t help but blunder at almost every turn. Now, these mistakes could be blamed on the script but with a director as skilled as Levine, I was honestly a little shocked. Some of the gags are so ludicrous they completely pulls you out of the experience. When a tape-worm crawls out of Amy Schumer’s throat is when I stop taking your movie seriously. It’s a damn shame. Katie Dippold penned the script and it’s the weakest part. If I were to blame something for the overall problems I have with Snatched it would be the script. Dippold is actually a pretty good screenwriter so I was surprised. She wrote The Heat which I actually found myself enjoying quite a bit and she wrote the most recent Ghostbusters which we don’t have to talk about. The biggest problem with the script isn’t the comedy, it’s the drama. Whenever the scenes turn dramatic the dialogue is so on the nose it’s unnatural. The script is devoid of any subtly or surprise. The characters are so removed from reality and everyone is absurdly stupid. While a few of the bits are admittedly funny, the large majority of the humor is based on the likability of the cast and not the substance of the jokes. This really does feel like a first draft because nothing really happens in Snatched. There is no big gag or large payoff, the two leads kinda just wander around not really doing anything. Even the “big action set piece” at the end is very unrewarding. Maybe a second draft or another screenwriter would have helped because the script needs a lot of work.

Now, I’ve been very hard on Snatched but I can’t deny that its cast is great. They had all the pieces to make a hilarious hit comedy but they just didn’t. Schumer and Hawn are both very likable and despite poor dialogue work very well together. They both clearly had a fun time and the jokes that felt improved from the two of them ended up being the funniest ones. Despite the stellar leads, the funniest scenes come from the side characters. Whenever we’re with Ike Barinholtz and his feud with the government worker were honestly hilarious. I would honestly love a spin-off about the two of them. Christopher Meloni is also hilarious. He isn’t in it for very long but for the time he is, he shines. Other than that, no one else really stands out. I would like to criticize the acting because at times it’s poor, but that’s largely due to the quality of the script. If this cast was given a better script, this could have been one of the best comedies of the year. On a technical level Snatched is alright. The production design is impressive and all the sets were actually pretty cool We do get a handful of scenes showcasing the landscape of Ecuador and while the scenes felt out of place and unnecessary, they were pretty to look at. The editing gets a bit choppy towards the middle and there were some dubbing issues I noticed. The score is unmemorable and the cinematography looks alright. You’re not going to Snatched to see gorgeous cinematography or a compelling score, you’re going for the comedy, which will probably disappoint you. 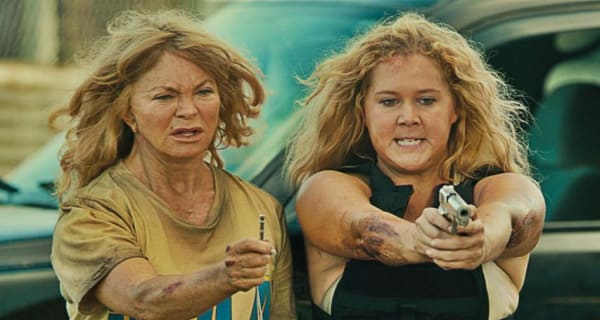 In short, Snatched is a messy comedy with little to offer that wastes great talent. If you like this movie, I’m happy for you. I really wanted to enjoy it but I simply couldn’t. I know this review has been largely negative and It sounds like I hated it but I didn’t. Frankly, nothing about this is mind-bogglingly bad, it’s just another mediocre comedy that will be forgotten. It’s just upsetting to see such a waste of potential. It’s not the worst film of the year and it won’t be the last bad comedy. Let’s just hope Baywatch is good! 1/5

REVIEW — "Pirates of the Caribbean: Dead Men Tell No Tales"

GIVEAWAY — “A Million Ways to Die in the West” Swag