Life is directed by Daniel Espinosa and written by Rhett Reese and Paul Wernick. It has a cast featuring Jake Gyllenhaal, Rebecca Ferguson, Ryan Reynolds, Hiroyuki Sanada, Olga Dihovichnaya, and Ariyon Bakare. It tells the story of a team of scientists aboard the International Space Station who discover a rapidly evolving life form, that caused extinction on Mars, and now threatens the crew and all life on Earth. With a stacked cast, great screenwriters, and an intriguing plot, I was very excited for Life. Now, while some elements have been done in other movies like it, Life is a well acted, fun, and entertaining sci-fi thriller that is able to overcome its flaws. Could this have used another draft of the script? Yeah. Was it fun? Yeah. 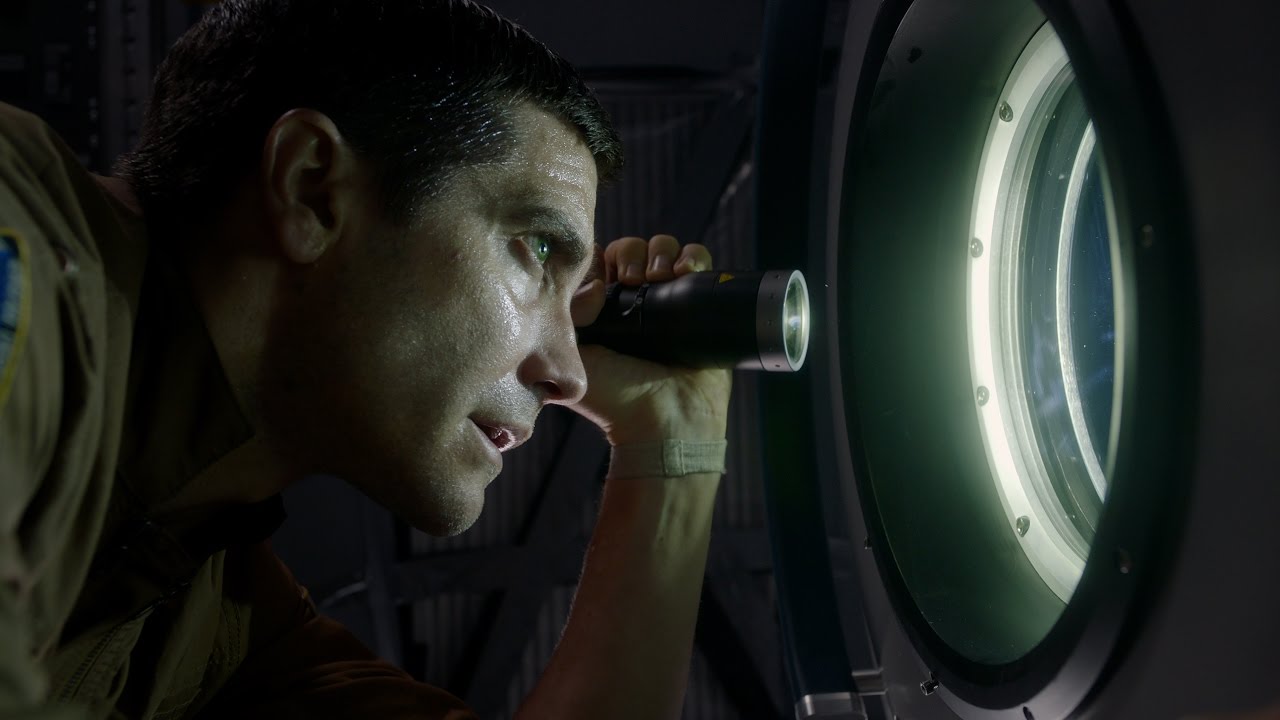 Daniel Espinosa is the director here and this is by far his best work. His past work includes projects like Child 44 and Safe House so he’s never really impressed me but he does a great job here. Life proves that with a solid script, Espinosa can shine. This is very intense and shockingly dark. He is able to get great performances out of the three leads and keeps the audience white knuckled the whole time. He utilizes a lot of long takes and made a really great opening sequence. He draws from many other space thrillers like it while giving it his own unique spin, placing it above many of them. Life doesn’t do anything to change or reinvent the genre, it often follows many of the tropes. But like Southpaw, another film starring Gyllenhaal, it does it so well you can forgive it. If Espinosa is able to get attached to better scripts, I would be interested to see what he does next.

Hot off their Deadpool success, Rhett Reese and Paul Wernick penned the script and… it’s very rough. I feel another draft would have really elevated Life. It’s not a bad script, per say, it just feels like a really good first draft. There’s not really a main character to follow and while that may have been by design, you still don’t get to know any of the characters enough to care when they’re in peril. They do a good job of keeping you guessing and the ending, while predictable, was very cool. The first 15-20 minutes are rough, to say the least. Nothing is glaringly bad, it’s just okay. Everything else is so good that another revision to the script would have made Life one of the best movies of the year. I have loved Reese and Wernick’s past scripts so the mediocrity of this one was heartbreaking. Again, the script is not bad, just not great.

Life has a great cast featuring Jake Gyllenhaal, Rebecca Ferguson, Ryan Reynolds, Hiroyuki Sanada, Olga Dihovichnaya, and Ariyon Bakare. They all, for the most part, do a great job. The stand out for me is Jake Gyllenhaal who is genuinely great in basically everything. Renolds and Ferguson also do a great job, really making their characters their own. Hiroyuki Sanada and Ariyon Bakare also do a great job here and I could see both going on to be big stars. Olga Dihovichnaya is probably the weakest but she does an okay job. Each character isn’t given a lot of screen time but they all do the most with what they’re given. The problem here is the actors aren’t given the most to work with. These actors are all giving 100% and obviously had a great time making this, the script just doesn’t match their efforts. I hate to keep blaming the script, but it really holds Life back.

On a technical level, Life is actually fantastic. The cinematography and sleek and at times beautiful. As previously mentioned, the film opens with a very intense one take and the entire movie is done in zero gravity. The score is very fitting and never seemed obnoxious or forced. It was very clearly inspired by Interstellar‘s score but never directly steals from it. All the visual effects look great. Calvin himself looks very convincing and it a nice addition to the catalog of movie aliens. Life is also quite scary. They manage to get some very unique scares in an there was not one annoying jump scare. Everything is very well done and actually quite impressive. When getting into rumor territory, many thought this was a secret prequel to Venom and having seen the film, it’s not. They do end the movie in a very ambiguous way but I don’t see them connecting the two properties. While I think that is a huge missed opportunity, this still stands on it’s on as a fun space thriller. That being said, damn would it have been cool.

In short, Life is a fun and thrilling romp with strong performances and exceptional visuals that make up for its mediocre script. The greatest achievement Life has is making me really want to watch Alien again. 3/5