The best documentaries are the kind that make you feel as if you’re living through the story as it’s happening. The kind that aren’t preachy about its subject, nor too vague. There has to be a sweet spot of being informative, swift in storytelling, and well as gripping from the start. “Life, Animated” is one of the better documentaries that I’ve seen from the past few years, due mainly to the clear passion that is felt behind the camera, and how much emotion it gives you in under 90 minutes. You feel sadness, wonder, happiness, confusion, etc. while you explore the life of Owen Suskind, a young man who was diagnosed with autism at a very young age.

This might sound like an incredibly depressing story, as it begins with him losing his ability to communicate with his parents and them wondering whether or not they’ll ever be able to converse with him again. However, rather quickly the film takes a really optimistic turn after Owen begins to watch animated Disney films. Not only do these films hook Owen deeply, but they teach him how to speak and converse with people. He lives with these films, and views his life within them. As the documentary continues, and you see him transfer into adulthood, you understand how his love for Disney has crafted him into a better, more capable, person, and how he views his life in the narrative of the film.

One particularly great scene is entirely animated, in which we find Owen deeply saddened by life and tired of not being able to communicate with others. He meets sidekicks from Classic Disney films and becomes ‘The Protector of Sidekicks’, because he feels so secondary in life. He no longer feels like the hero of his story. It’s heartbreaking, but oddly inspiring by the end. At this point you understand that the film is trying to convey to you that this is who Owen is. He looks for jobs, leaves home for college, goes through a break-up, etc. He seems so similar to us, which lets the audience identify with him. Yet we see the struggles he goes through where the audience can acknowledge the abilities and privileges we have, and that we may take for granted.

Among the film’s many wonderful qualities, it just really has it all. It goes through the ups and downs of life. It’s tear jerking and often hilarious, without ever feeling forced with either. It never cuts away from the truth, finding the beauty in the way Owen lives and how he finds his way in a different way than the rest of us. Most of all, from the start, this film is a lovely ode to the power of cinema. Even when we’re beginning to grow up, get our own place, trying to find love, and get a job, the life lessons in the films we watch stick with us throughout our entire lives. “Life, Animated” speaks that message superbly. I absolutely loved taking this journey with Owen, and I highly recommend everyone else to do the same. 4/5. 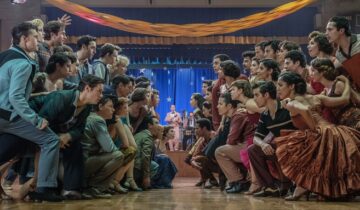