With an endearing performance by Juliette Lewis, “Kelly & Cal” will hook you, before disappointing you with a poorly written second half.

“Kelly & Cal” tells the story of two broken people, trying to find comfort and hope in each others.  Kelly, a wonderful performance by Juliette Lewis, is a new mother suffering from Postpartum Depression.  She seems unable to comfort her baby, who never stops crying, unless her detached husband (Josh Hopkins) picks him up.  One day while sneaking a smoke she meets their 18 year old paralyzed neighbor, Cal (Jonny Weston.)  They bond over their depression, their mutual feelings of lost, and slowly being buidling hope within each other.

The highlight of this film truly is Lewis’s performance.  She creates an entirely believable multilayered character that we care about.  Even though Cal isn’t nearly as likeable, coming across more like a spoiled brat, we get emotionally involved as he helps her discover little joys in life that she had forgotten.  Unfortunately, shortly after the halfway mark, it all comes undone.  The writing seems to drop off a cliff and it quickly degrades into a dull, unoriginal, mess.  The believability of the character’s actions is stretched too thin and breaks leaving us craving the movie this could have been.

With such an unsatisfying second half, it’s difficult to recommend the film.  Perhaps it would be best to only watch the first 45 minutes, enjoy the sense of hope it creates, and leave the second half to your own imagination. 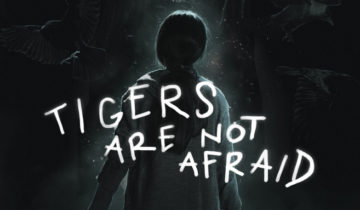