A horror film in the first weekend of January is a cliche of studio rituals. Anytime that a film is slated for this weekend, it is deemed destined to be awful. Given the track record for most of these films, I can’t necessarily blame audiences for thinking this way. This cliche tends to be the gift of shitty films that keeps on giving. Insidious: The Last Key is the fourth installment in the ever-expanding Insidious franchise, as well as the latest film to be given this release date in the dumping ground of each year. And y’know what? It’s a pleasant surprise. I’m starting to believe that studios are catching on to the idea that the films don’t have to necessarily be bad to be released in this month, but simply not “big” enough to compete in the more stacked months.

The film follows parapsychologist Elise Rainer (played by the always wonderful Lin Shaye) as well as sidekicks Tucker (Angus Sampson) and Specs (Leigh Whannel) as they travel to New Mexico to investigate a man claiming that his house is falling victim of a haunting. The house turns out to be Elise’s childhood home, providing an extra layer of terror to the concept at hand. The concept alone is different enough to make a unique Insidious film, but Insidious: The Last Key succeeds for me where the last film failed – by making me care deeply about it’s main protagonist. Elise has appeared in all of the other films, and while she hasn’t been a blank slate by any means, this is by-far the deepest we go into not only her backstory but her psyche and personality. This is supported by Lin Shaye’s surprisingly emotional and grounded performance.

Most people going to see Insidious: The Last Key will be going to see it for the scares. It’s hard for me to critique or acknowledge how I believe a horror film will be seen by people because horror (much like comedy) is so subjective these days. I hardly find anything scary as I grew up with horror films and consider myself to be desensitized by the genre most of the time. Then again? I sat in front of two ladies who were terrified this entire movie and screamed at every jump scare that occurred. Were they overreacting? Or am I due for a psychological check? Who knows! At the very least, I can credit director Adam Robitel for not making entirely predictable scares and a few effective ones with genuinely creepy imagery. They do the job at providing tension in a fun way that should give you your money’s worth. On a side note: Angus Sampson and Leigh Whannel provide great moments of levity with their characters Tucker and Specs, even if a few of the jokes feel a bit out of place and over the top. In a film that deals with heavy subject matter and many creepy sequences, their presence is always much needed.

I never thought I’d say this about an Insidious movie, but I’d actually recommend staying clear of plot points for this one. There are layers to not only the plot of the film but also Elise’s story that I wasn’t aware of going into it. There are a few genuine twists in the film that I didn’t see coming, and made the film stand out a bit. The film is still far from perfect as there are inevitably a few bad performances from side characters and some genuinely awful dialogue that you can’t defend even if you’re the franchise’s biggest fan. With that being said, Insidious: The Last Key is simply a fun time at the theater that puts in the extra effort to make you care about the main character and the story she’s wrapped up in. The fact that they went the extra mile in that department really made all the difference for me. 3/5. 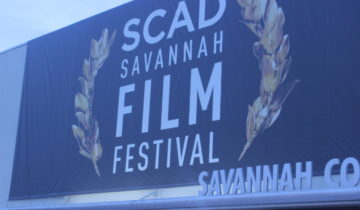