Surprisingly effective scares in a poorly written and acted film.

The third in the series, but first in the timeline, “Chapter 3” tells the story of Elise Rainier’s (Lin Shaye) return to demon fighting after losing her husband.  When a young teenage girl, Quinn Brenner (Stefanie Scott), comes to her house begging for help contacting her recently deceased mother, Elise refuses.  Due to reasons that are eventually explained, she has locked away her talents as a medium. Before turning Quinn away, Elise cautions her to no longer attempt contacting her mother. “If you call out to one of the dead, they all can hear you.”  As fate would have it, Elise has attracted the attention of an extremely malicious spirit, one that will stop at nothing to steal her soul.

“Insidious: Chapter 3” is ultimately an odd film.  The writing is mediocre at best.  The acting is all over the map.  Stefanie Scott, the second youngest in the film, gives the best performance by far. On the opposite end of the scale are her younger brother (Tate Berney) and father (Dermot Mulroney), both of whom are painfully bad.  However, that being said, the excessively gloomy cinematography and camera work are extremely well done.  It cannot be understated how dark this movie is, not in tone, but in terms of light.  Even the upbeat scenes with the heroes are shrouded in shadows.   Although,you may want to scream out “Open a window! Turn on a light!” it’s actually quite effective in creating an oppressive atmosphere for the creepiness to germinate.

What about the scares?  That’s the only reason people go to a low-budget, PG-13 thriller like this.  The frights are the real star of this film.  While most movies of this nature rely on multiple, fake, jump-scares (Oh! it was just a cat!, Oh! It was just my friend!) “Insidious: Chapter 3” does not contain a single fake scare.  Each and every time the audience jumps or shrieks, it’s because there is something scary on screen.  When’s the last time you saw a scary movie like that?  It also brandishes a variety of scares.  Some are so sudden you are broadsided by them, others are long and drawn out, extending the tension as long as inhumanly possible.

Rating a movie like this is difficult.  It’s half bad, and half very good, at least within it’s one genre.  It will never win any oscars, but definitely stands above most other recent ghost-thrillers.  It does the impossible and is actually better than the first in the series. 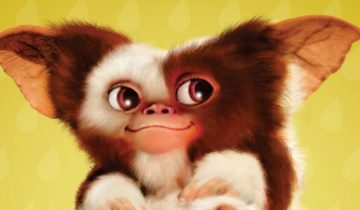