Based on the claymation TV show, Shaun the Sheep the Movie is a story about a herd of sheep that have decided that they have had of the daily routine of farm life and decide to do something about. They end up sending their farmer to the city where he loses his memory and doesn’t know to go home. The sheep and their sheep dog, led by Shaun himself, then proceed to search for him in the city. Chaos ensues, hearts are broken, and not a single word is spoken.

THE GOOD
This movie is very funny. My 6 year old daughter and I laughed very hard throughout the screening. Kids will love it, teenagers will love it, and adults will love it. There is humor in there for every age group.

The animation itself is as delightful as you could imagine. It’s the same studio and creative minds that brought us Wallace and Gromit and Chicken Run. It really is wonderful to look at, and even refreshing to see a non-digitally animated film in the year 2015.

As I watched this film, I expected someone to start speaking, especially after they left the farm and entered the city. Yet, the dialogue never came. There is not a single line of dialogue in the whole film, only mumbling and gesturing. It is quite an achievement for a film to do this, and it even does it well.

The first 10 minutes of the film are perfection. The build up and then the resolution are just so good and even a bit touching. I never watched the TV show much, but even I found the last act to be genuinely moving as I fell in love with these mumbling characters. There is a bit of a musical number at the end if the second act that pulled at my heart strings.

THE NOT SO GOOD
The first and third acts are very delightful. However, the middle act really meanders and becomes a bit boring, at least for me. I checked my watch a few times there in the middle, but stopped checking as soon as they started setting up the third act.

CONCLUSION
Although I wouldn’t say it’s as wonderful as Wallace & Gromit: The Curse of the Were-Rabbit, Shaun the Sheep the movie is a gem that deserves your time and money. I would put it above Chicken Run, though. 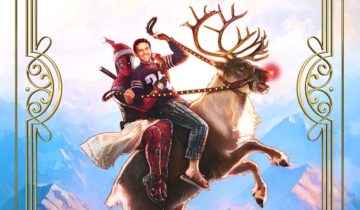