It isn’t everyday that a comedy gets a sequel that actually continues the story, and does something different, as opposed to following the exact same story as the first. The best example of a poor sequel would be “The Hangover 2.” It followed the first films plot almost exactly (just adding characters and changing locations), but “Horrible Bosses 2” doesn’t let the audience fall victim of that. Where the first film was about 3 down on their luck workers attempting to kill their bosses this film is about 3 down on their luck workers attempting to kidnap someone. Hilarity, raunchy language, and hijinx ensue.

It has been a while since I’ve seen the first film so I don’t remember exactly what happened in it, but I think that’s a good thing since this stood well on its own. There were callbacks to the first time around, but nothing you would have actually needed to see (just little winks and nods). It’s obvious that the chemistry these three have is the selling point of this franchise (as well as an always hot Jennifer Aniston), and just about every scene it looks like they probably had to film more than a few times to get a cut where they weren’t making each other laugh. That really comes through to the audience with exception to just a few scenes where things went over like a fart in the wind.

Like was previously mentioned, the selling point is definitely the cast, and even the new supporting cast members did an excellent job. Our leads, Charlie Day, Jason Bateman and Jason Sudeikis, all did an excellent job sinking back into their characters. The mix of personalities goes so well with the plot that you’ll wonder why/how it ever took so long to get a franchise like this into theaters in the first place. Jennifer Aniston is back to her sex addict ways, and despite having a role that could be completely cut from the final product without changing the story her role adds a lot of laughs. Christoph Waltz and Chris Pine both nailed it. I never had any doubt that Waltz would be right at home in this type of role, a boss-hole if you will, but I wasn’t expecting Pine to reach the level he did (don’t want to talk too much about it due to spoilers). It was great to see Jamie Foxx back as Motherfu**er Jones, and was funny to get a few more tidbits about his life and what he wants to do.

Overall there isn’t too much critiquing to be done on something like this. It was written/directed as a silly R-rated comedy, and it delivers in spades. It’s a tossup if you’ll think it’s funnier than the first or not (many people think it is), but either way you’ll enjoy yourself. The cast, fast pace, and unique story-line helps it distance itself from its predecessor, and keeps it from treading too much into familiar territory. Funniest comedy of the year? Hard to say, but it is certainly worth your time. It should be known that there were more than a few times that I thought they went a little overboard on the crude/vulgar humor; that kind of stuff wears out its welcome after a little while. 4/5 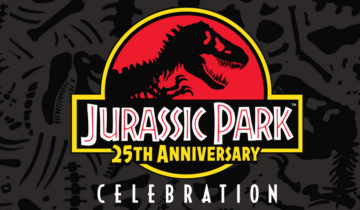