Due to a great cast, breathtaking special effects, careful shot selection, and effective score, Baltasar Kormákur’s Everest is his best film yet.

Although the cast of Everest includes: Jason Clarke, Josh Brolin, Robin Wright, Keira Knightley, Sam Worthington, and Jake Gyllenhaal, those expecting Oscar-worthy performances from any of these actors will be disappointed. While most of the cast gives performances that range from good to strong, Jake Gyllenhaal’s work in this film is, excluding Accidental Love, his least remarkable since Prince of Persia: The Sands of Time. In this film, Gyllenhaal is dedicated to portraying Scott Fischer, a mountain climber who likes to live dangerously. Unfortunately, Fischer is so thinly developed that he is forgettable; almost anyone could have taken on this role.

On the other hand, Jason Clarke, who is known for his work in Zero Dark Thirty and Dawn of the Planet of the Apes, portrays Rob Hall, a husband and mountain climber that runs a business which helps experienced climbers climb up and down Mount Everest. Clarke’s character is simple, but his determination to keep the other climbers safe makes him worth rooting for and caring about. Josh Brolin portrays Beck Weathers, a mountain climber that is trying to avoid being at home with his family, with enough conviction to make him likeable and relatable. John Hawkes portrays Dough Hansen, an aging mountain climber who must reach the zenith of Mount Everest this time, because it is the last attempt he can afford. Hansen, who is sponsored by students, is trying to inspire his kids. Each of these three characters are likeable, simple characters that help Everest have a heart, which makes all of the thrilling and suspenseful sequences mean even more.

The heart of this film is further developed through satisfactory supporting performances from Keira Knightley and Sam Worthington. Knightley, who is known for starring in the first three Pirates of the Caribbean films and Begin Again, stars as Jan Arnold, Rob Hall’s pregnant wife. When things start to go awry on Rob Hall’s expedition, Jan talks to him via satellite phone and walkie talkie in order to motivate him to keep fighting to survive. These scenes work because, prior to this point, the banter between Rob and Jan is sweet and simple, which makes it believable that these characters love one another deeply. It is far more surprising that Sam Worthington turns in his first good performance since Avatar. Worthington emotes in such a manner that it is plausible that he cares deeply for the well-being of his boss, Rob Hall. All of this helps make this film’s emotional impact stronger.

Of course, a film about climbing Mount Everest would not work if it did not have dazzling cinematography and special effects. Each location in this film is beautifully rendered and carefully chosen. In particular, the various parts of Mount Everest are both awe-inspiring and suspense inducing. All of the obstacles that the protagonists face, such as falling ice, ladders that give too much, and massive storms are realistic and imposing. Director Baltasar Kormákur, who previously directed 2 Guns and Contraband, utilizes the special effects and cinematography with lingering shots that convey how imminent the danger is. Even though the vast majority of Everest is set on Mount Everest, Kormákur keeps every shot carefully framed to help create and maintain suspense. To make the suspense even more palpable, Dario Marianelli, who worked on Atonement and V for Vendetta, provides an effective score that rises and falls appropriately in order to help make the audiences’ hearts pound.

In spite of its many strengths, Everest has some noticeable flaws, such as slow pacing in the first act, plot conveniences, and one instance of questionable CGI. Due to the fact that Simon Beaufoy, the writer of The Hunger Games: Catching Fire, Slumdog Millionaire, and 127 Hours, and William Nicholson, who wrote Gladiator, Les Misérables (2012), and Unbroken, rely on simple characters make the pedestrianly paced first fifteen minutes of this film less interesting than it should have been. As for the plot conveniences, there is a scene involving a helicopter that struggles to get up the mountain with two people and the weight of some supplies, yet it can withstand holding several characters and the pilot as they fly down the mountain. Also, while the phone conversations between Jan and Rob are vital to this film’s heart, it is unbelievable that the satellite phone does not lose signal at least once and or that talking through it and into a walkie talkie would lead to communication issues. The only special effects that did not look top notch in IMAX 3D are those involved with creating the helicopter and its descent from Mount Everest. In this sequence, the special effects look too glossy, but it is thankfully brief.

With all of this in mind, the strong performances from most of the cast, dazzling special effects and cinematography, Kormákur’s careful shot selection, and Dario Marianelli’s effective score make this suspenseful survival thriller worth seeing in theaters. While it is more expensive to see this film in IMAX 3D, the experience that it offers is unique and further amplifies the visual wonder and score.

Are you interested in seeing Everest? If you have already seen it, did you enjoy it or not? 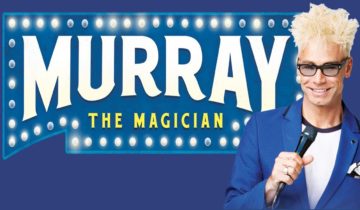