Death Note has been met to large criticism prior to its release. Much like this year’s Ghost in the Shell, both are accused of white washing a popular piece of media. I was still a bit interested in this one, simply because Adam Wingard has proven to be a kick-ass director, but I still watched this with skeptic eyes. The film follows Light (Nat Wolff), a smart outsider who stumbles across a mysterious book that just so happens to have the power to kill any person whose name is written in it. This summons Ryuk (Willem Dafoe), a death god, to lurk by his side as Light begins to discover the power of Death Note and rid the world of criminals and terrorists all over the globe. This puts him in the path of a love interest Mia (Margaret Qualley) who helps him along the way and L (Lakeith Stanfield), an infamous yet mysterious detective determined to find out who Light is and take him down.

I tried to look at this with the most unbiased eyes that I could, which proved to be especially tough after the reviews from Comic Con dropped and bashed it to pieces. To my surprise, Death Note wasn’t quite as bad as I’ve been hearing for the last month – but it still undeniably reeks of missed opportunity from nearly start to finish. The best thing I can say about this film is that it translate the large ideas of the concept pretty interestingly. The film has a slow start and messy execution of some of its themes from the get-go, but I can’t deny that I found aspects of the film to be rather intense, specifically speaking the entire cat and mouse game between L and Light. Even this isn’t as fully realized and compelling as it has potential to be, it still serves for some fairly intense moments between the two and delivers a fairly excellent first-encounter scene between them at a cafe that is just genuinely well executed.

The cast here is pretty serviceable. I found the two stand-outs to be Lakeith Stanfield and Margaret Qualley, who both have fun with their roles and eat up the scenes they’re in. Shea Whigham isn’t given the best dialogue in the world, but still manages to work with what he gets. The biggest surprises and letdowns are unfortunately Willem Dafoe and Nat Wolff. Willem Dafoe is far from bad, but he has absolutely nothing to do in the role and is completely wasted. Wolff also isn’t necessarily bad, but he isn’t given the best material to work with here and his performance is slightly misguided. Perhaps the biggest disappointment is how Adam Wingard, a proven great director, only gets to show off his style when it comes to aesthetic – but barely transfers the energy and originality that makes his other films so memorable.

I can’t help but feel as if Wingard had more he wanted to tell with this story and these characters, because this adaptation of Death Note clocks in at barely 90 minutes without credits and feels incredibly short. There are films where a tight running time is beneficial to how the director is trying to convey the story, but I sincerely doubt that one about a revamping of the world and ridding it of the evil and the moral authority of all that was always set to be a lean 90 minute feature. I can’t say I’m particularly anticipating a sequel to this, but if they were to make it with Wingard returning, I’d at the very least be interested to see if he’s given more freedom to go all out the next time around. 2.5/5.

REVIEW — "Dave Made A Maze" 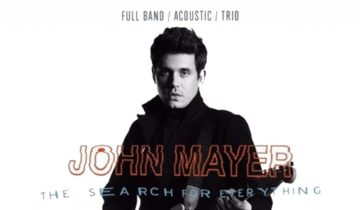