Little hand says it’s time to rock and roll. 1991: the Cold War came to an end, Bryan Adams’ “(Everything I Do) I Do It For You” was the number one single of the year, and Deadpool debuted in a February-dated issue of Marvel Comics’ “New Mutants.” Like a reverse Bill Cosby, Deadpool began as a villain whose popularity and success resulted in his becoming a hero – he was a mercenary with all the hard edge of Wolverine or the Punisher, but with a sense of humor that rivaled Spider-Man’s. A Looney Tune with an even bigger penchant for mayhem and violence, Deadpool wasn’t the vanilla and clichéd grim anti-hero littering comic book store shelves in the ’90s: aware that he was a scripted and penciled-in character in a comic book, Deadpool stood out as a fourth wall-breaking Ferris Bueller type with absurdly large guns and swords.

A surge in popularity in recent years saw the character’s inclusion – and first live-action appearance – in 2009’s X-Men Origins: Wolverine, a film that serves as the worst case of character assassination since Dalton Trumbo. Deadpool as he appears in X-Men Origins: Wolverine (where he is also portrayed by Ryan Reynolds) is but a shadow of his true self, like 1977 Elvis without the drug bloat. The renowned “Merc with a Mouth” had his mouth sewn shut and his sense of humor eradicated, resulting in a mess of a character design that more resembled a Sphynx cat defaced with permanent marker.

Everything that made Wade Wilson popular had been eviscerated to the point where Deadpool was present in name only, leaving such an embarrassing stain on the character that only Monica Lewinsky could understand. Reynolds, a noted fan, had always wanted to do the character justice. “They deviated [from Deadpool’s origins] in a movie like [X-Men Origins: Wolverine], because the movie is called ‘Wolverine’ and they have to make concessions and adjustments, and I totally understand that,” Reynolds told MTV in 2009. “But if I were going to do a Deadpool movie, I would want to be pretty strict about keeping it real.”

“I’ve made no secret about my desire to do a Deadpool movie, but if you’re going to do it, it would have to be 100% faithful to its origins,” Reynolds elaborated. “To stay as true to the source material as possible is the only way to do it, and I say that because there’s nothing more interesting than the source material for Deadpool. There’s no reason to deviate from that.” 20th Century Fox, who purchased the screen rights to X-Men and Fantastic Four from a near-bankrupt Marvel Comics in the ’90s, hasn’t had the best track record when it comes to comic book adaptations. For every X-Men, X2: X-Men United and X-Men: Days of Future Past – that is, critical and commercial smash hits that are some of the genre’s finest films – there was Elektra, X-Men: The Last Stand, Fantastic Four: Rise of the Silver Surfer, X-Men Origins: Wolverine, and Fant4stic. Mishandled, botched adaptations aside, the films largely failed to connect and resonate with audiences.

“You definitely have to break the fourth wall and you have to find a way to make that make sense, which is no small feat. So it would involve a really talented writer, an amazing visionary director and I think a great collaboration between everybody passionate about this character,” shared Reynolds of what it would take to pull off Deadpool. Enter Tim Miller, a talented visual effects artist who helmed a Proof-of-Concept Deadpool trailer that leaked to the Internet in the Summer of 2014. A mostly CGI sequence featured Deadpool (with voicework by Ryan Reynolds) dropping into an SUV, combating a group of thugs in a way only the manic, zany Deadpool could pull off. The test footage caused an uproar online – the good kind of internet uproar – even as copyright claims from 20th Century Fox scrubbed the clip from every nook and cranny of the internet. Like many of us, Deadpool owes its entire existence to a leak.

“Leaked test footage. Exclusively the leaked test footage, 100 percent,” said Reynolds when asked how Deadpool was put on the fast track towards production. What beautiful, mysterious hero leaked the footage? Reynolds himself? “ I would have, if I had known it would have caused that! Honestly, we all thought Tim Miller, the director, had leaked it,” he revealed. “But I have since investigated that enough, in quiet moments when he was beyond the point of being penalized by anybody, and he said that he really didn’t do it. The initial [leak] came from Fox, they think — someone recorded the footage on their iPhone and then released it. And then once that happened, somebody hacked into Blur Studios and got the original footage in high-res and put it online.”

A leak and overwhelmingly positive fan reaction is almost wholly responsible for one of the genre’s best – high praise, as it stands shoulder-to-shoulder with the likes of The Dark Knight, Iron Man, The Avengers, and Spider-Man 2. The passionate efforts of director Tim Miller (in his feature debut), Ryan Reynolds, and screenwriters Rhett Reese and Paul Wernick gifts to audiences one of the purest adaptations of character to screen in a movie that’s fun as hell. Deadpool fulfills a seven year old promise: its 100% faithful to its origins. It’s funny, it’s absurd, and its protagonist – he doesn’t like to be called a “hero” – is delightfully manic and out of line, with it all coming together in a film that’s fresh, creative, original, witty, and beyond subversive. It’s different, as it should be, considering it centers around an anti-hero afflicted with cancer, who – as result of a shifty and clandestine experiment – ends up horrifically scarred, looking like a pruned Freddy Krueger after falling asleep in the bath.

Mercenary-for-hire Wade Wilson (Ryan Reynolds) finds love in Vanessa (Morena Baccarin), and Wade wants to put a (Voltron) ring on it. Freshly engaged, Wade learns he has inoperable cancer, and it’s only a matter of time before he dies. Out of options (but never out of jokes), a desperate Wade accepts an offer from the mysterious Recruiter (Jed Rees), who promises superpowers – and a new chance at life.  When he’s promptly handed over to the sadistic and literally unfeeling Ajax (Ed Skrein), Wade undergoes a procedure that cures his cancer, but leaves him frighteningly disfigured. When things get more personal than a catheter insertion, Deadpool sets out to track down and kill the man who ruined his life. Along the way, goody-two-shoes X-Men member Colossus (voiced by Stefan Kapicic) and the sullen Negasonic Teenage Warhead (Brianna Hildebrand) are tasked with reigning in the uncontrollable Deadpool, with things getting messy – and bloody – really fast.

Deadpool is as raunchy and outrageous as it is hilarious, with Reynolds – garbed in an incredibly-made red and black bodysuit – delivering the best performance of his career. Reynolds is largely known for his comedic, wise guy roles, but lesser, underrated projects – namely Buried, The Voices, and The Captive – have showcased Reynolds’ acting talents, talents which are on full display in Deadpool. He’s expressive, animated, and a fully realized character, down to the way he skips on top of the bloody remains of his enemies to the way he gasps in abject but comical horror when a bad guy escapes. This is a role that Ryan Reynolds was born to play, and he does it so well that he makes it look effortless and easy. It’s a performance on par with Heath Ledger’s rendition of the Joker in The Dark Knight, comparable not only in the level of insanity that the Joker and Deadpool share, but in terms of immersion: Reynolds disappears into the deranged mind that is Wade Wilson. He’s comfortable and at home both as the cocky and confident Wade Wilson and the Bugs Bunny-esque Deadpool, where almost everything is a joke and nothing is off limits. The superhero genre as a whole is lampooned as is pop culture, with the targets ranging everywhere from 20th Century Fox’s own past X-Men movies to Mama June.

Reynolds’ proposed ingredients – talented writers, a visionary director, and collaboration between filmmakers passionate about the character – weren’t only reached, they were exceeded. For his first feature effort, director Tim Miller is notably comfortable behind the camera. Deadpool is as slick, stylish, and dynamic as colleagues Kick-Ass and Kingsman: The Secret Service, both comic book adaptations that were realized on screen by X-Men: First Class helmer Matthew Vaughn. It’s energetic and firing on all cylinders at all times, slowing down only to express a surprisingly human side of a character who, at first glance, seems to be nothing more than a heartless cartoon character. When a deformed Wade, clad in only a hoodie and jeans, finds himself subjected to horror and repulsion from pedestrians, it’s gut wrenching. Deadpool doesn’t always touch on the sentimental, but when it does, it does it with unforeseen, genuine heart.

Each bit of engaging, sleek action (and the accompanying blood and gore) is upped by ten more knockout punchlines. Deadpool is uproariously hilarious, to the point where some lines were lost to the breathless and rowdy laughs of the audience. The film isn’t overly reliant on improv and one liners, either: as is the case with all good humor, there are plenty of set ups and payoffs that make for a varied comedic landscape. In Deadpool, comedy comes from all angles and in many forms, right from the opening credits – a perfect tone-setter – to the animated closing credits sequence. Deadpool, with its comedic repertoire of visual gags, callbacks, slapstick, dialogue, and pop culture references, has enough humor to satisfy almost everyone in the audience. A brief scene set in an ice rink expresses one gag verbally and visually, and it’s that kind of welcome unpredictability that makes Deadpool a must-see.

For every unfortunate misfire 20th Century Fox has had when it comes to adapting Marvel properties into films, Deadpool stands as a testament of what happens when a studio hands a talented group of filmmakers  a relatively low budget, says “go play,” and stays out of the way. Too many cooks in the kitchen caused X-Men Origins: Wolverine to implode and a lack of vision behind Fant4stic resulted in a film that deflated so quickly at the box office that Tom Brady was subjected to an official investigation. Deadpool, in stark contrast, knew what it wanted to be, and it is what it is so unapologetically that it makes for an equally unabashed, enjoyable time at the movies.

Hardcore comic book fans and general audiences alike can enjoy and appreciate the sardonic sense of humor that permeates throughout Deadpool, making it a film that comes highly recommended. To add to its uniqueness, Deadpool saves all its best jokes and gags for the film, instead of giving them away in trailers and TV spots. The best of Deadpool has been preserved, allowing audiences to discover those moments in a theater instead of becoming desensitized to worn out jokes that have outgrown their welcome. This is a picture that has been lovingly produced – it’s more than just a love letter to a fan-favorite character, it’s a gift to an audience that has been accustomed to sameness. “It’s been a long time, but it’s happened in the right way and that’s all that matters,” said Ryan Reynolds of the eleven year journey it took before Deadpool would eventually, finally, be fully realized on screen – proving that the best things in life are worth waiting for. 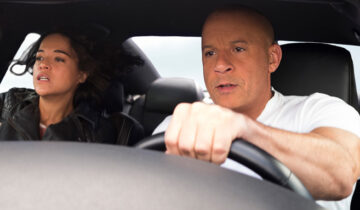