Much like Daniel-Day Lewis, Viggo Mortensen is one of the best actors in the industry today, who unfortunately barely works. He really only comes out of hibernation for films that either speak to him personally, or are exceptional and unique pieces of cinema that he thinks can raise a worthy performance out of him. I can only assume that in the case of “Captain Fantastic” he believed both of those sentiments. This is a film that is so wholesomely and wonderfully unconventional in its film making, yet deeply personal and touching in the most unique of ways. It struck an emotional core within me, and captivated me from start to finish.

Ben (Viggo Mortensen) is a father of six children, who he raises in the woods with a more than slightly unorthodox education for them between philosophy, culture, politics, literature, and physical training. However, when tragedy strikes the family, and their mother mysteriously dies, they venture out into society to attend the funeral; Despite their estranged family advising them otherwise. Along the way, Ben and his children are forced to both fit in with their philosophies in the real world, as well as come to terms with what they aren’t prepared for. If that doesn’t do a good job of convincing you that it’s one of the most original and interesting films of the year, it’ll surely do it within the first five minutes.
Far and away, Viggo Mortensen gives the best performance of the year thus far. He deeply fleshes out this character, gives him many dynamics, and makes him totally sympathetic and lovable. Early on in the film, when he is asking his daughter about “Lolita,” she expresses to him how she views such a flawed main character, acknowledging his problems – yet finds him oddly sympathetic because of the way he is written. Not sure if writer/director Matt Ross could’ve found a better parallel, because it perfectly speaks to what this film is – a character study of an undeniably flawed man with many, clear mistakes in life.. but believing in his cause and his way of life.

I enjoyed the film from the start, but I was a bit worried that it might be a bit too one-sided and forgiving of an evidently dangerous way of life. My favorite aspect of this film, throughout its many wonderful qualities and a brilliant performance by Viggo, is that it’s a perfectly layered with dynamic drama that provides fair multiple views on its subject matter. It shows the pros and cons to the way they live, as well as the ups and downs of modern society. For every argument that Ben makes for his educational style, and how it makes his children more self aware and healthy, another person/situation comes along that shows their need for social interaction and preparation for the real world. It doesn’t discredit their beliefs or what their father is teaching them, but it truthfully tells the audiences that  what they try to accomplish in the woods won’t always translate successfully in a modern setting.

Even with both sides of the argument being fairly exhibited, I simply adore that the film never betrays its characters. They grow up, they move forward and learn, but never feel cheated or feel fake. It all brilliantly comes together to a truly sweet spot that is rational and realistic. I love dramas that feel like complete pieces of work, but make you leave the theater thinking and striking an emotional core with you; “Captain Fantastic” does that without a doubt. Wonderfully quirky, confident, stylish, deeply moving, and original with fantastic performances from Viggo Mortensen, Frank Langella, and six great kids who I won’t try to name. Far and away one of the best films I’ve seen this year. 4.5/5. 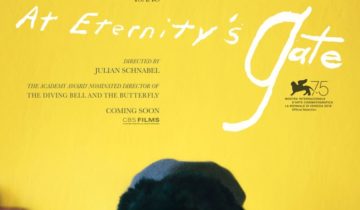