Who can take a sunrise, sprinkle it with dew, cover it with chocolate and a miracle or two? The Candy Man can.

Also, say his name five times in front of a mirror and he’ll split you from groin to gullet, or so goes the legend.

Producer Jordan Peele (Get Out, Us) and director NiaDaCosta realized that Candyman was capable of saying and being much more than just a Black boogeyman. Therefore, the duo have revived the franchise with a take on the Candyman legend that follows the social themes of Peele’s other work while also reclaiming the Black horror icon’s name.

Based on director Bernard Rose’s 1992 film of the same name, Peele and DaCosta’s Candyman reboot opens with mirror-image production stills accompanied by a hauntingly distorted rendition of Sammy Davis Jr.’s “The Candy Man” before returning us to the setting of the original film. 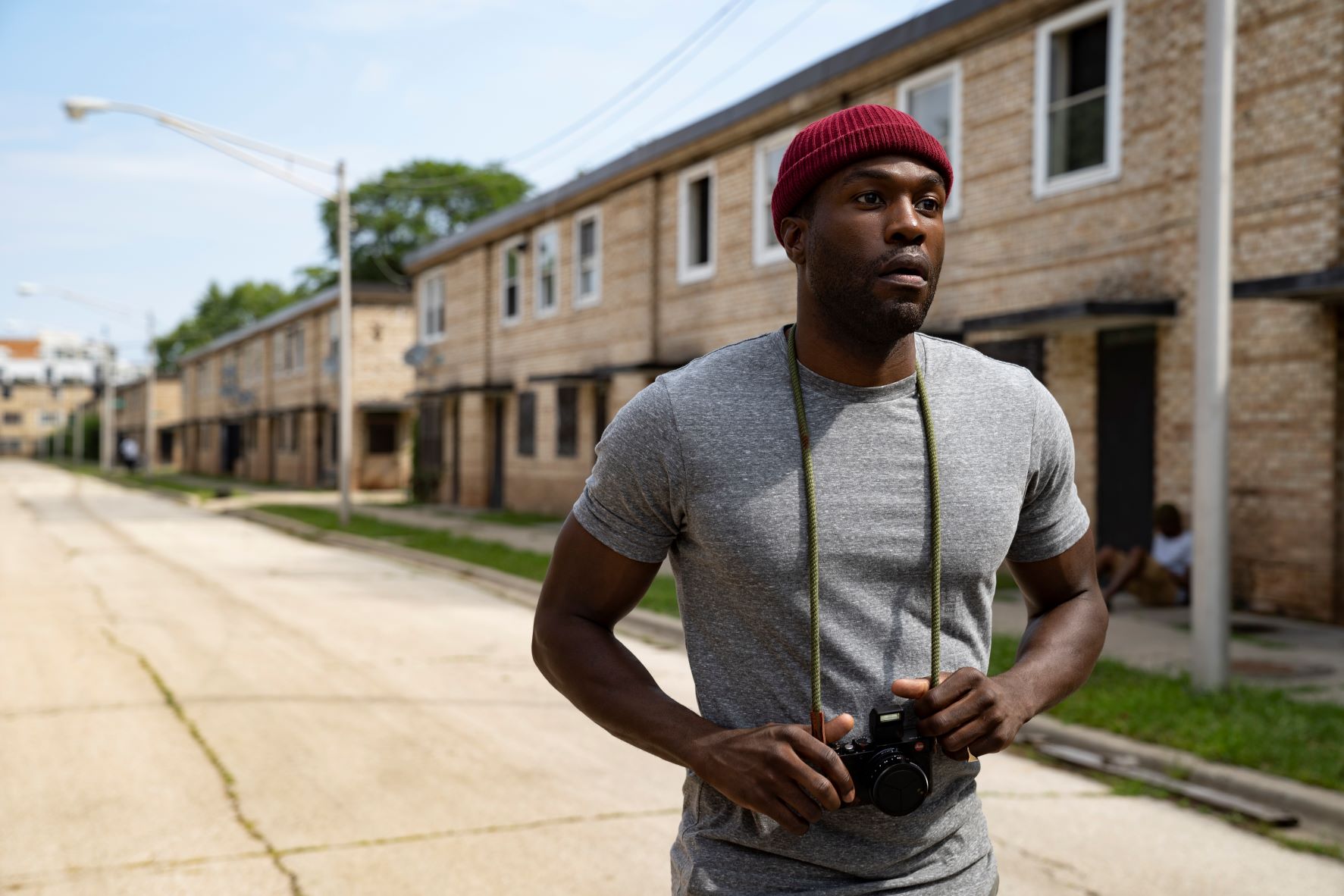 An unsettlingly seductive horror film that slowly unraveled a disturbing legend of vengeance, the first film centered around grad student Helen Lyle (Virginia Madsen) and her research into the Candyman (Tony Todd) urban legend that haunted the Chicago suburb of Cabrini-Green in the early 90s.

Directly influenced by those events, this fourth film in the Candyman series follows artist Anthony McCoy (Yahya Abdul-Mateen II) as he scours the former projects of his youth for artistic inspiration and slowly uncovers that his true origins are intertwined with the legend of Candyman thanks to the helpful guidance of Cabrini-Green resident, William Burke (Colman Domingo), a man with his own connection to the Candyman lore.

For fans of the original film, Abdul-Mateen’s character is baby Anthony all grown up. However, he has no recollection of being kidnapped by the hook-handed Candyman nearly 30 years ago. As Anthony gets entangled in a series of murders, his girlfriend Brianna Cartwright (played by WandaVision’s Teyonah Parris) searches for ways to save him that lead her down dark paths and spooky stairwells that elicit a hilarious hat-tip to Peele’s next horror project: “Nope!” 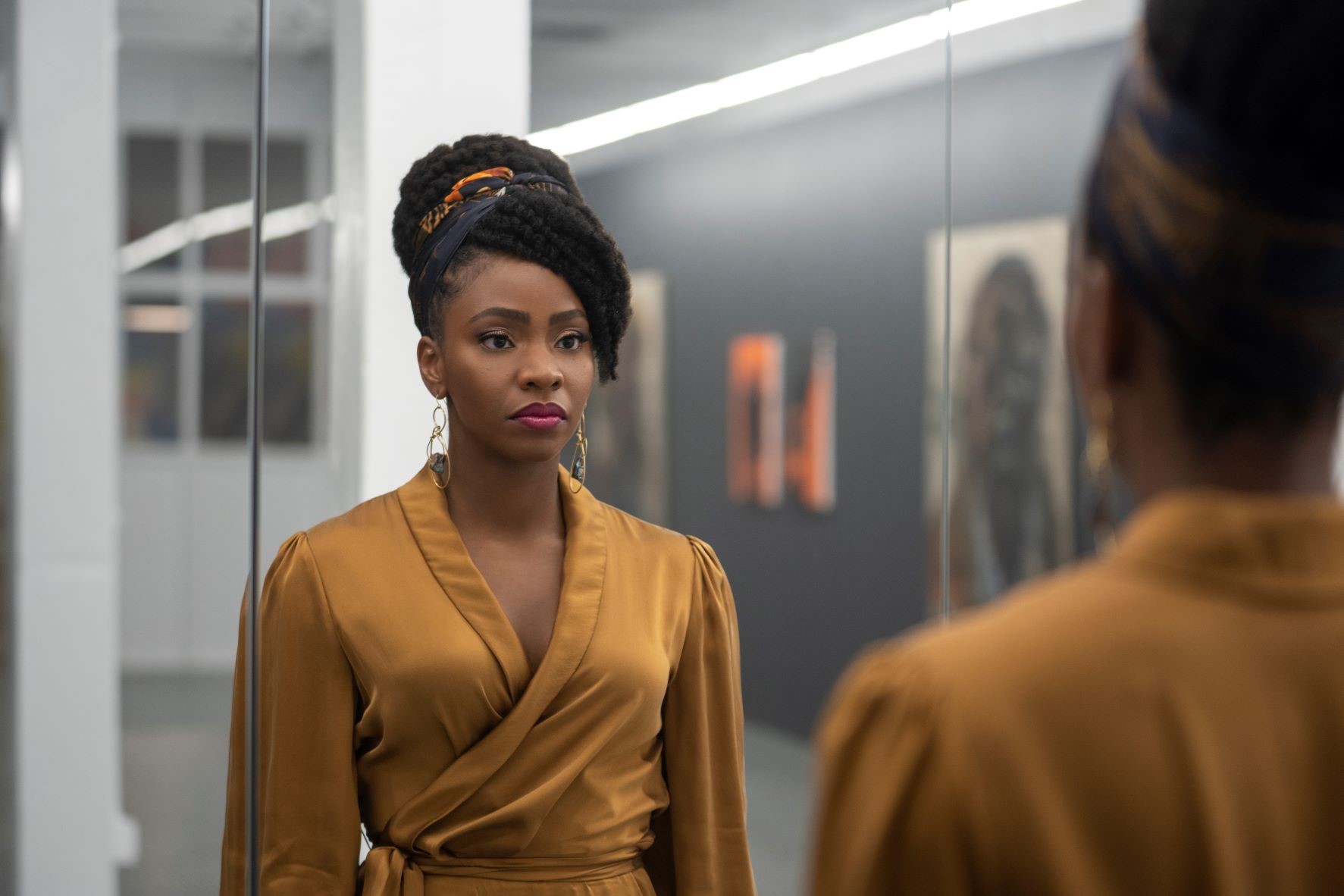 With every mirrored-reflection and buzzing bee, DaCosta ratchets up the tension. However, instead of assuming a physical manifestation and hypnotically stalking his prey like Todd’s original villain Daniel Robitaille, this film’s Candyman stays in the mirror. While his slayings happen in real life, the manner in which he kills those who summoned him is naked to the human eye.

The choice to contain its villain in the reflective surfaces surrounding his prey is a clever and even more frightening tweak to the Candyman legend—one that DaCosta takes full advantage of with several inventive kill scenes. One such death is particularly shocking as the filmmaker shot it at a distance as the camera silently pulls away from the action. 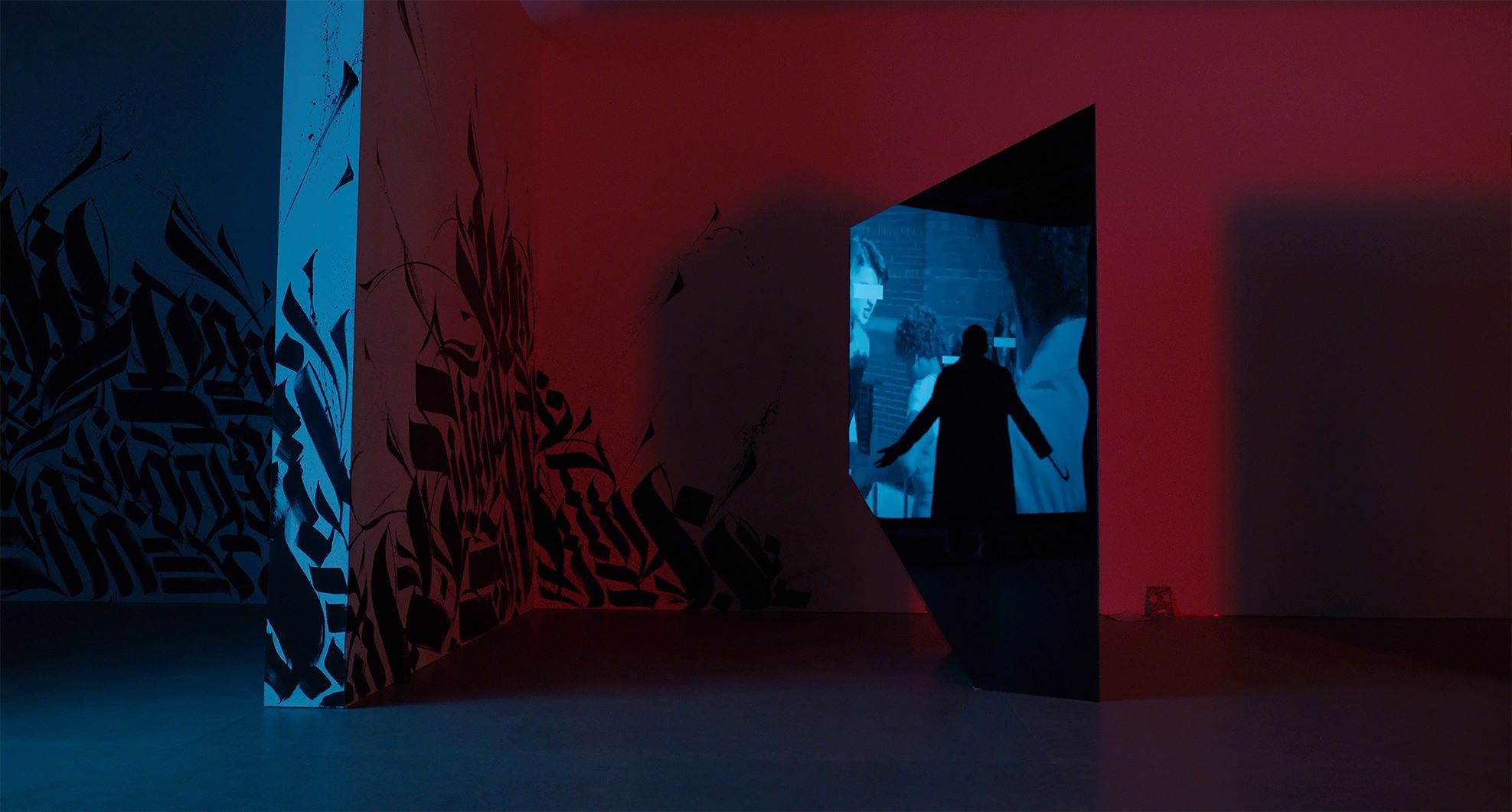 While this film is a commentary on the gentrification of inner city neighborhoods, it also takes the original Candyman lore into new territory by tackling its history head on in ways that audiences weren’t ready for 30 years ago.

To be honest, the mythology behind the original Candyman, Daniel Robitaille, always confused me. It struck me as odd that a Black man terrorized and murdered a century ago by hateful whites would return to visit that same level of terror on innocent people of color just because he was conjured. You’d think he’d only go for those who wronged him.

It seems that Peele and DaCosta felt the same way as their film reinterprets the urban legend of Candyman as a reckoning—part of a vengeful lineage of those oppressed and destroyed by centuries of racism—and redirects the character’s rage toward (mostly) deserving targets who represent blithe ignorance and continue to perpetuate such bigotry.

Featuring brief appearances by original stars Vanessa Williams, Virginia Madsen, and Tony Todd, the film unveils Candyman’s initial purpose for young Anthony all those years ago and culminates in a final scene that is both terrifying and tragic as it establishes a new legacy and direction for the Candyman franchise.