Crittick • August 28, 2015 • 1
Share 0
The Hero Box is available on “The World’s Largest Comic Book Store,” SuperHeroStuff.com. Purchasing a Hero Box you can specify which characters they want in their mystery box of goodies. You can subscribe to get Deadpool, Star Wars, Batman, Superman, Iron Man, Captain America, and Doctor Who goodies.

In the top of the box, there is an exchange form so that the subscriber can report whether the goodies were damaged or not to their liking. The first goodie in this box is a Batman ‘Toon Tumbler’ glass. On the back of the glass, there is an old school comic-book design of Batman, in his classic grey, blue, and yellow suit and the yellow and black Bat signal. It should be noted that there is a great deal of bubble wrap in the top of the package to protect this awesome glass on its journey to the customer.

In case your pants and/or shorts ever fall down too often, and you are tired of showing off your butt to innocent bystanders, there are Batman suspenders to save the day. For those who want to wear the shirt and suspenders simultaneously there are two pins to wear proudly along with them. One of the pins features the dynamic duo, Batman and Robin, and the words, “I’m a Batman crime fighter.” The other pin says, “I hate the Joker.” Many of the comic book fans who think Jared Leto’s new Joker looks horrible can wear this to the Suicide Squad
premiere to voice their opinion loudly.

If you are ever thirsty for a nice bottle of root beer, or another beverage in a bottle, there is a Batman bottle opener to make it easier to enjoy your favorite drink as you dwell on your love of Batman. If your fridge is not crowded enough with useless photos of friends and family, then there is a Batman magnet to help make your fridge look less dull and more awesome. Also, if you want to play cards, but you get tired of the same old designs on them, there is a deck of cards with 52 images from the Batman Classic TV series, which featured Adam West.

As a Batman Fan this Hero Box has everything a fan could want and more!

REVIEW — "We Are Your Friends" 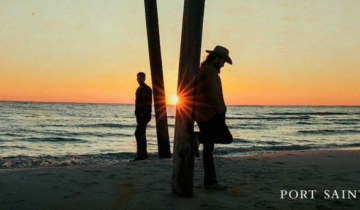