These Entertainment Earth Exclusive  Marvel Legends Limited Series Guardians of the Galaxy action figures are based off of the characters’ appearance in comic-books, not their appearance in the ridiculously enjoyable Disney/Marvel Studios film, Guardians of the Galaxy. With this in mind, Rocket, Gamora, and Drax look considerably tougher while Star-Lord looks less awesome than usual.

Rocket comes with accessories, which include four guns. These guns suit his trigger-happy nature. Gamora’s hair is darker green and she looks more like Medusa than the film version of her did.  Gamora comes with an extra head, leaf shield, and a nifty sword. Drax is green and wears armored gloves. He also comes with regular hands and four knives. Star-Lord comes with two guns as well. Unfortunately, Star-Lord’s face looks like something out of Rollie Pollie Olie. As for Groot, he appears more monster-like. His face and tree-hair are considerably more intimidating than Vin Diesel’s Groot in Marvel’s Guardians of the Galaxy movie. The Marvel Limited Series Guardians of the Galaxy action figures of Gamora, Drax, Rocket, and Groot are all solid, while the action figure for Star-Lord is underwhelming and looks ridiculous. 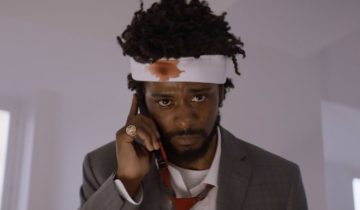