Azrael in Season 2 of Gotham!?! Check out this info and more from Ref Kevin’s chat with the Gotham gang during the 2015 San Diego Comic Con!
Click the time codes under each photo to jump to that portion of the interview.
Season 2 stars on Monday, September 21!

It’s an almost throwaway comment near the end where he mentions we will see Azrael in Season 2!  Unfortunately he stops short of telling us which incarnation of this character we will see.  Stephens also reveals that we will hear more about the mystery surrounding the ancient Indian burial ground under Gotham, something that was teased twice in the first season.

Robin is a great guy, very animated and obviously in love with his character.  We discussed some of his favorite scenes, and what it’s like to have your own action figure! Ref Kevin then gave Robin one of Diamond Select Toy’s SDCC exclusive Penguin figures. His reaction was priceless!

“So watch it!” Sean Pertwee warns Ref Kevin after discussing his badassery.  According to Pertwee, in Season 2, the wheels fall off the city, Gotham burns “and digresses into bloody mayhem!” They aren’t calling it “Rise of the Villains” for nothing!  Pertwee is another actor that seems to be both in love with, and proud, of his character.

With the way Barbra’s story arc is going, it’s not looking too good for us seeing a young Batgirl on Gotham.  But Executive Producer Bruno Heller asks Ref Kevin “Have you ever gone back to an ex-girlfriend that might have been crazy?”  (Haven’t we all?)  Bruno and Danny assure us that a future Batgirl is still on their radar.  They also reveal that Fish Mooney might not be dead!

The beautiful Morena Baccarin discusses what it was like to shoot her epic catfight in the final episode of season 1.  She is also very aware of her character’s background in the comics, but did not seem to appreciate being compared to the drawn version of Dr. Thomkins when a fellow reporter showed her.  We learn that by episode 3 she begins interacting with Bruce and Alfred.

Ref Kevin was surprised at just how dark Gotham portrayed the future Catwoman in the first season.  Camren is unsure just how much darker Selina will become in season 2, but says her character will do whatever is necessary in this crazy city to survive and fit in.  Camren is a very intelligent and charming young woman.  We look forward to seeing much more of her in the upcoming season! 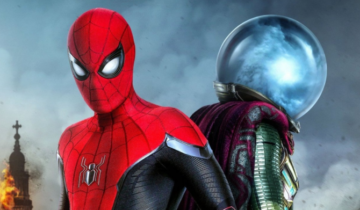