SXSW REVIEW — “Spin Me Round”

Zac Woods… Where have you been buddy? Spin Me Round is directed by Jeff Baena, written by Baena and Alison Brie, and stars Brie,  Aubrey Plaza, Alessandro Nivola, Molly Shannon, Lil Rel Howery, Tim Heidecker, Ben Sinclair, Fred Armisen, Ayden Mayeri, Debby Ryan, Zach Woods and Ego Nwodim. It tells the story of a woman who wins an all-expenses trip to a company’s gorgeous “institute” outside of Florence and also the chance to meet the restaurant chain’s wealthy and charismatic owner. She finds a different adventure than the one she imagined. Keeping it ever so vague, the latest collaboration between Brie and Baena, Spin Me Round was one of my most anticipated of the SXSW Film Festival and it did not disappoint. Although it can be a bit rough around the edges, Spin Me Round is consistently hilarious and unique, offering a masterclass is comedic character work and a new take on a classic story.

Jeff Baena has really grown into his own as a director and in Spin Me Round his voice shines. Striking a perfect balance between absurdist humor and a disorienting and unfolding plot, Baena directs one of the most unique comedies I’ve seen in some time. The script by Brie and Baena also shines, and serves as a vessel for the powerhouse cast to shine. I could mention which cast members of the ensemble I enjoyed the most, but I’d list them all. Every, and I mean every character has a scene where they almost steal the show. While the film can be wonky in executing a balance between the absurd and the sinister, I found myself consistently laughing. While it was not the most flashy comedy at this years SXSW, it’s the one I remember most.

In short, Spin Me Round is hilarious, enigmatic, and endlessly charming. 4/5

SXSW REVIEW — "Marcel The Shell With Shoes On" 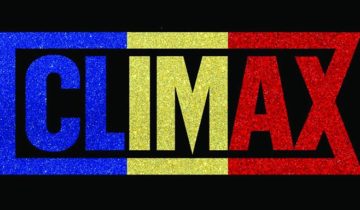